Pandemics don’t heal divisions -- they reveal them. South Africa is a case in point 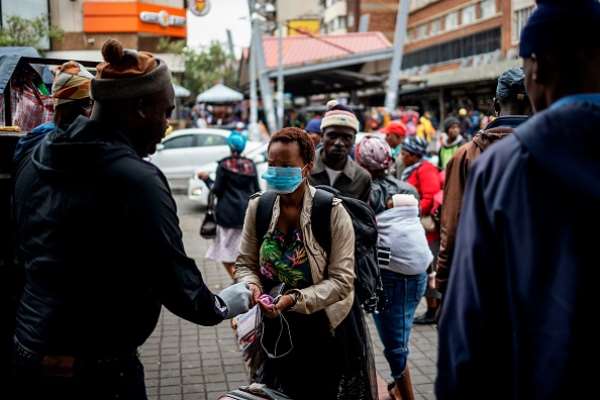 Some around the world predict that the COVID-19 will heal divisions and narrow inequalities . A pandemic, they claim, can remind us of our common humanity and the need to discard prejudices. It can also highlight inequalities and injustices and prompt people in power to deal with them.

In Europe, some predict it will highlight the plight of people in the 'gig economy' who do not enjoy a guaranteed wage. In the US, there are hopes that it may make it easier for people who cannot get to polling booths to vote .

In South Africa, some hope it will prompt action against the conditions which make it harder for poor people to protect themselves .

The claim that pandemics prompt the rich and people in power to care more about social inequities anywhere is dubious. Those who believe this like to quote the historian Walter Scheidel's 2017 book The Great Leveler which, they claim, argued that pandemics can dent inequality by showing that human progress depends on tackling inequality.

But Scheidel didn't argue that epidemics showed the rich how much they had in common with the poor. His point is that they weakened the rich in ways which helped the poor, which is not at all what the optimists have in mind.

In a recent interview , Frank Snowden, an American historian of epidemics, said he agreed with a World Health Organisation (WHO) official that the virus should teach us that

But he was not optimistic that the lesson would be learned.

Snowden finds that pandemics can heighten prejudice against the poor . In Paris, after the 1848 revolution or the (1871) Paris Commune, people were “slaughtered” because the

people who were in command saw that the working classes were dangerous politically, but they were also very dangerous medically.

So, attitudes which prop up inequality and division may actually worsen under the pressure of an epidemic. It seems logical to expect those who are threatened by their fellow citizens to feel even more prejudice when they face a medical threat.

Reactions in South Africa today may not show that prejudices against the poor are getting worse. But they are very much alive and give little reason for hope that the virus will bring South Africans closer together or trigger more energetic action against poverty.

The first evidence came before the virus reached the country. Radio talk shows were inundated by callers warning that 'porous borders' placed the country at risk. This expressed a widespread South African prejudice: immigrants from elsewhere in Africa are a disease-bearing threat.

This was irrational – poor people do not visit China or the European countries where the virus has spread. But prejudices are irrational.

As the virus arrived, new prejudices emerged. Demands for controls mounted: South Africans would only be safe if borders were closed and everyone's movement was controlled. President Cyril Ramaphosa was denounced for not locking everyone down.

Snowden's work shows that harsh lockdowns don't work . Controls on 'social distance' do, but only if people are treated sympathetically. If they are not, they don't trust the authorities and will not report cases.

But middle classes used to living far from the poor do see control as the solution to all problems. The focus on Ramaphosa showed a deep-seated view – 'leaders' are assumed to require supernatural powers and so are blamed for everything which goes wrong. This is an anti-democratic view which shows no faith in the abilities of grassroots citizens (or much grasp of reality: presidents don't single-handedly control epidemics).

It also judges political leaders on how 'tough' they get, which is unlikely to heal any divisions.

It's frequently said that the virus is sure to decimate these areas. This partly supports the view that eyes are being opened to poverty because it is based on real concern: it is harder for people who may lack access to clean water, live in overcrowded conditions, rely on public transport and lack quality health care to protect themselves. People in these areas who have jobs are unlikely to enjoy the luxury of working at home.

But most of the 'concern' expresses prejudices which feed division and inequality. Many in the middle-class see the places where poor people live as dangerous and disease-ridden –– the way upper class Europeans saw slums in their countries. Their residents are assumed to be ignorant and dirty although in reality they are well-informed on the virus and are often more concerned about personal hygiene than the middle class.

It also expresses common prejudices about majority rule – it is assumed that it will always end in disaster, even if the government seems to be doing what it should. On some radio channels, the government is denounced by callers for not informing the public, although it has constantly done just that: many in the racial minorities assume that nothing a majority black government says can be believed.

Given South Africa's racial divisions, it is perhaps no surprise that some black people replied with their own myth: that the virus could not affect you if you were black. Perhaps the fact that the virus began with people returning from skiing holidays was too good to pass up for people used to enduring the myth that some South Africans are inherently better than others.

Another response – although this was not purely South African – was panic buying . There are many interpretations of why this happens but the people doing it were affluent enough to afford bulk buying, their first instinct was to grab what they could, and they may be stocking up so they can opt out of society rather than joining others to fight the virus, the response Ramaphosa proposed when he announced the government measures.

None of these responses signal that divisions are narrowing. Nor, despite some concern for people living in poverty, do they suggest that the threat of an epidemic has prompted new desire to change the conditions in which poor people live.

So, South African attitudes may not express a desire to make poor people pay for a virus they did not bring. But they also give little cheer to those who expect a new era of solidarity and social concern.

Steven Friedman does not work for, consult, own shares in or receive funding from any company or organization that would benefit from this article, and has disclosed no relevant affiliations beyond their academic appointment.