Museveni Should Have Delayed Closing Schools! 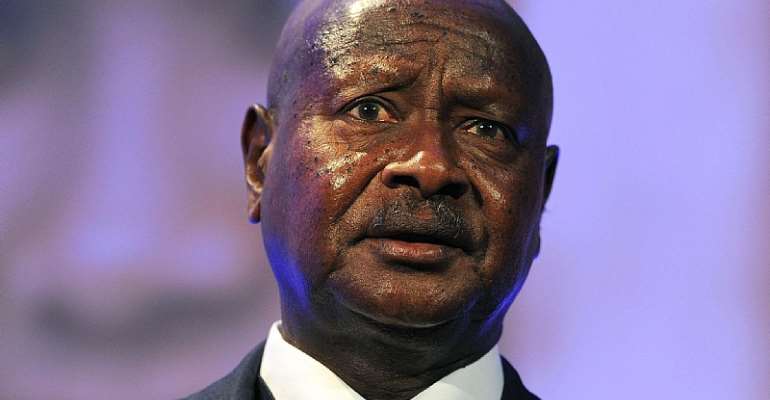 I think President Museveni Yoweri has rushed to close schools in a country where no case has been reported. The thing is - there is a general theory that one of the primary functions of government is to keep the people (and the markets) calm. The general theory is that if the people panic, more damage will be caused by the panic than by the original problem. the infection point will not occur for months, but it will happen probably during our rainy season- when it's not so hot. And when it occurs, Museveni will be forced to order another lockdown, or ‘lick down’ for the bored couples at home. He should have waited a little longer.

UK delayed closing Schools yet we already have 7 confirmed cases in my area. Prime Minister Boris 's hand was most probably forced by Scotland and Wales, but he was reluctant to close schools. He was waiting for the peak of the infection. There were already containment measures in place. Besides, UK has had several cases of people infected and dying of Coronavirus, which isn't the case with Uganda. There have been just 63 cases in Russia even though it has a strong travel, emigration and immigration with China. Schools there are still open till 23rd this month. There have been only 256 cases in the whole of Africa, with many from Egypt. UK death toll now stands at 104. Most of the measures Museveni has announced are already part of Russia, and that's how you measure their success.

Border screening, surveillance and control was enough for now. It has served Japan and Singapore very well, despite their closeness with China. Between the two, there have been about 1000 cases. There's no need to close schools for 32 days in Uganda. It would have been understandable if he had closed only day schools, but not boarding schools, but the whole thing doesn't make sense at all when markets are still even open. It's not sustainable at all- both short term and long term. He would have waited a bit longer.

A school is a semi quarantine place, at least, most boarding schools are. The risk in a boarding school is from teachers that don't sleep at school-- those that commute. So, if you ask me, children are safer in boarding schools than at home in most developing countries. All this panic to close schools will have the opposite effect:1. Panic among the population; 2. Parents struggling to work and at the same time looking after their children; 3. Kids wandering on streets and bringing infections at home; 4. food shortages; 5. Private schools will struggle since they don't get any funding from the govt;6. Effect on the economy itself with prices of goods and services going up; 7. Future school closures in case the virus starts actually killing people, e.t.c. All this could be avoided with just containment of the virus, e.g. strict border control and screening.

Uganda, being a developing country, is exactly the reason why he should have ridden it out a bit longer before making the decision to close schools. Active border control and screening would have been enough for us, as we assess the situation. Uganda parents have no iPads or free internet to keep kids busy at home-- so, most kids are likely to end up on streets where they don't want them. It's easier for a parent in a developed world to deal with kids at home daily, because of iPads, Netflix, phones, variety of games, e.t.c. I was once a kid and student in Uganda, and it’s difficult to stay at home the whole day. Those kids will wander around in markets and other places, and they will find other kids. Besides, I can't see how anyone can stop the virus from spreading in just 32 days if its already there. I hope it's not there!

The rest of the measures are necessary. However, no government can enforce a lockdown of millions of people for extended period unless the people see that they are getting helped. If you enforce a lockdown for what might happen in future, you will be forced to do it again in future when the infection is at its peak. For instance, China only ordered a lockdown in Hebei because the infection was already at its peak, but it contained it in other places where it was less spread. Hubei population is about 59 million. It receives lot of assistance for the rest of country in terms of medical personnel and medical equipment especially respirator and other life maintaining necessities. Museveni isn't going to help people whose businesses or lives are being affected, and that's when he will lose control. Parents need to work because kids are consuming a lot of food at home. Food itself is going to become expensive. He should have delayed closing schools for a while as he assesses the situation.