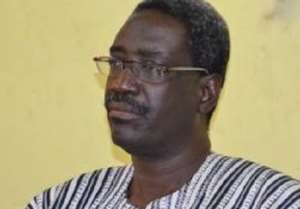 The Head of Civil Service, Nana Agyekum-Dwamena, has introduced flexible working hours to prioritise the health of staff and stakeholders following the directive of President Akufo-Addo on the COVID-19.

A statement signed and copied to all chief directors and heads of departments, said the flexible working hours would allow the employer to adjust the hours, days and weeks of work of the employee who may need alternative schedule arrangements.

“It is recognised that some employees may need flexible hours due to their situation, they include: Nursing mothers, staff living far away from work and outside Accra, doctor's appointment or other medical circumstances, work-life balance, and medical emergencies,” it said.

The statement said employees may choose to shift their weekday schedule by starting the day later or leaving earlier, start work between 0700 hours and 0900 hours and end between 1600 and 1800 hours.

“This is to allow commuters to avoid early rush hours, allow employees to attend to personal needs before reporting to work, allow employees under special circumstances to work for less than the standard working hours either by fewer hours per day or by fewer days per week. This could be compensated with leave days,” it said.

The statement said the types of flexible working arrangement may include compressed week, which means working longer hours and reducing the number of days worked during the week, workload management, alternative work site, which allows work to be done from home or another location via the internet.

It excluded workers such as cleaners, sanitary labourers, labourers, security (those needed 24/7) and directors from such arrangements due to the nature of their work.

It said national service personnel and those doing internships may also be allowed to take some time off during this period.

The statement urged all chief directors and heads of departments to take the necessary precautionary and measures and follow the protocols outlined by the President to protect the health and safety of their employees.