President Macron isolated but in charge at Elysée Palace 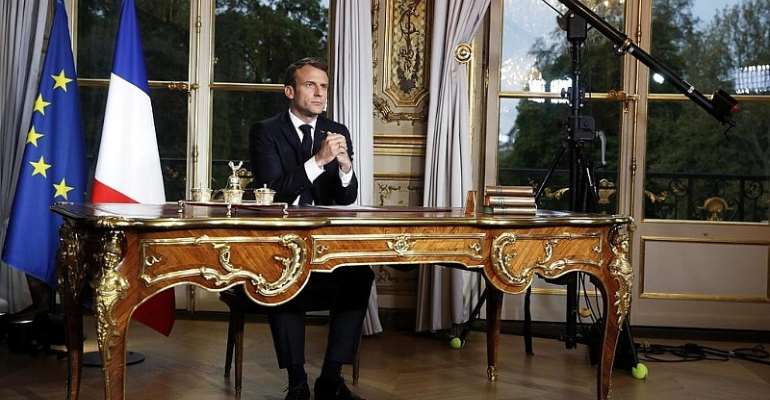 Emmanuel Macron's solemn address to the nation this week announcing the imposition of a national lockdown hit the right note among the French. His tone was serious, his manner was steady and the information was crystal clear. But there is criticism of his government's handling of the crisis.

“In times of crisis, the President of the Republic is the ultimate point of reference for the nation,” one of Macron's close aides observed this week.

That was clear as Macron sat alone at the helm delivering his speech from the Elysée palace on Monday. He was not flanked by the chief medical officer or chief scientific advisor as, just a few hours before, Boris Johnson had been when he addressed the British people.

The French president embodies something different – somewhere between a parent and a ship's captain. And Macron, the French seem to think, filled the role well.

French convinced
More than three-quarters of the record 35 million people who watched were persuaded by his words, according to a poll by Harris Interactive on Wednesday. In separate polls, between 57 and 63 percent said they have confidence in the government's handling of the situation and 93 percent of French people think the lockdown is a good idea.

Before making his decision to declare the unprecedented lockdown, the president apparently consulted his two predecessors. Both had faced significant challenges in office -- Nicolas Sarkozy steered the country through the 2008 economic crisis and François Hollande led through a wave of major terrorist attacks. Though this emergency is on a different scale, Macron will have been grateful for their thoughts.

At the Elysée Palace, the president now has only a few essential advisors working with him in person. Most other staff, except his medical advisor and security team, have been told to work from home. Ministers and leading scientists are also allowed access to the president but otherwise the usually bustling palace is virtually empty, according to Elysée sources.

Criticism
Though the lockdown is fairly well-accepted, there is growing criticism of other aspects in the management of the crisis. Both the public and parliamentarians want to know why French borders with Italy were not closed earlier, why there are not enough face masks, why so few people are tested for the virus and why the first round of the local elections was not cancelled.

With the government struggling to get on top of Covid-19, Macron announced that all major government reforms in progress, notably the hugely contested changes to the pension system, are to be put on hold.

There is little time for such other government business, but Macron has shown himself aware of the need for a fractured nation to pull together in the darkest of times.

Mankarigu Health Center temporarily closed down after attack...
22 minutes ago