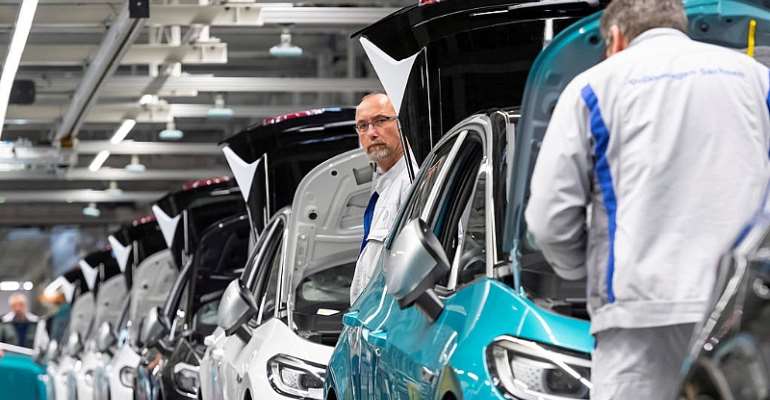 Carmakers across Europe, including Volkswagen, Renault and Fiat, have begun shutting factories as the coronavirus hits demand and the draconian measures taken to contain the spread of the virus undercut production.

Carmakers are among those waiting to see how deep and widespread the effects of the coronavirus epidemic will be on their industry.

So far, production in the four main European markets, Germany, France, Italy and Spain, have ground to a halt as companies try to protect workers from the spread of the coronavirus.

Volkswagen, the world's biggest car maker by sales, said it was shutting down most of its European plants from Friday for two to three weeks. It had previously said it was closing sites only in Italy, the European country hardest hit by the virus.

On Wednesday, another German manufacturer, BMW, said it too was shutting down operations in its European and South African plants for one month.

The same day, it was the turn of French car giants Renault and Peugeot-Citroen to announce that they were suspending production.

Pause button
For Renault, the pause button will be hit on sites in France, Spain, Slovenia, Romania, Portugal and Morocco.

Meanwhile, Italian-US car maker Fiat Chrysler, currently in merger talks with Renault's rival Peugeot-Citroen, also intends to close most of its facilities on the continent.

"It's going to be bad for the industry," says Berry Van Gestel, former director of US car firm Cadillac and now a market analyst.

However, the pre-coronavirus outlook for the EU car industry this year wasn't especially bright, with sales in January down by 7 percent.

"Right now there is an overstock of vehicles on the market and, at a time when vehicles are difficult to sell, car makers won't mind too much that there's not a lot of new stock coming in," Van Gestel told RFI.

New car sales have declined as the automobile industry grapples with uncertainty over Brexit, strict emissions rules and growing public awareness about the impact of private vehicles on climate change.

Electric age
Sales spiked by 21 percent in December as carmakers tried to sell as many high-emissions vehicles before 1 January, and so avoid new taxes.

"Electric cars require less maintenance," and the tendency is towards fewer cars on the road, he reckons.

Lower sales means fewer jobs and, for an industry that accounts for many of the world's factory jobs and which is crucial to the economic fortunes of the United States, Japan and Europe, the prospect is worrying.

In the past, car makers closed down factories for good. For the time being, the current closures are for a matter of only days or weeks, he stressed.