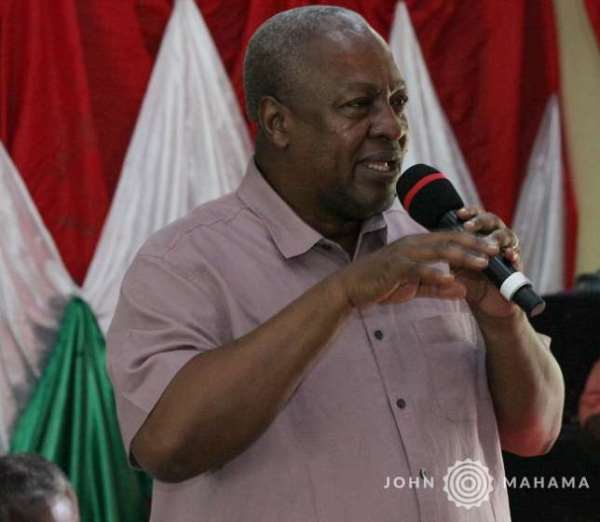 If he knew how absurd he sounded, anytime that he criminally attempted to take ownership of any major social intervention program implemented by the leaders of the ruling New Patriotic Party (NPP), Candidate John Dramani Mahama would have since long quietly and self-respectfully bowed out of his inexcusably quixotic run for the Presidency for the second time around. But, of course, it amounts to a pointless waste of time and one’s precious breath to prevail on this pathological nation-wrecker to do just that. The fact of the matter is that Candidate Mahama is neither a self-respecting leader nor a wisely quiet and self-disciplined man. He is thus forever doomed to be a political rascal and an unconscionable moral reprobate, according to German-educated Professor of Electrical Engineering, Thompson Kofi Sarkodie-Gyan, the maternal uncle of Mrs. Lordina Mahama, wife of Little Dramani, who spoke by phone to yours truly recently from El Paso, Texas, where he teaches Robotics at the University of Texas. Well, that was about four or five days ago.

Prof. Sarkodie-Gyan reached out to yours truly because he thought that I was one of the few journalists who could most deftly tell the harrowing story of his lurid romantic deception at the hands of the Mahamas some two decades ago. That episode involved a Ghanaian woman by the first name of Francesca. For now, that is about all that can be said about this most morally depraved and emotionally and psychologically demeaning story, because the main focus of the present column is the predictably asinine claim by the former Atta-Mills’ arch-lieutenant that it is he, John Dramani Mahama, who originated the landmark fee-free Senior High School System, fully and unprecedently implemented by President Addo Dankwa Akufo-Addo in the country just about two years ago, and not the officially and globally acclaimed architect of the same, that is, the legendary architect of crafting of the free-speech and academic-freedom legal instrument in Ghana’s Fourth Republic, which came into full unfettered force with the auspicious enactment of the Repeal of the Criminal Libel Law, an execrable British colonial governance tool and an inglorious bequest to many an erstwhile British colony on both the African continent and around the world.

The Criminal Libel Law provided the means by which British colonial imperialism was steamrolled all across Africa, Asia, the Americas and much of the rest of the world. I am also quite certain that if he had any passable knowledge about how the details of the Repeal of the Criminal Libel Law, first put forward as a Bill and subsequently as an Act, before it came into full force as a Law, the former “Shit-Bombing” Rawlings’ Communications Minister would be hard at work also trying to claim an oversized credit for the same. Well, according to Prof. Sarkodie-Gyan, the Lordina Mahama uncle, it is about time that Ghanaians began asking critical questions about specious claims that, somehow, Mr. Mahama ever attended any recognized or accredited academic or professional training institute in the former Soviet Union, in Moscow, to be precise, where Candidate Mahama was awarded the academic and/or professional equivalent of the Master of Arts Degree in the discipline of Mass Communications, or any other branch of Human Communications, for that matter.

The evidence that Prof. Sarkodie-Gyan produces to shore up his withering impugnation of the credibility and authenticity of Mr. Mahama vis-à-vis any remarkable modicum of academic and/or professional achievement in Russia, is the fact that all in all, Comrade Mahama spent far less than a two-year stint in the former Soviet Union, the bulk of which period would likely have been spent mastering the Russian language, the main language of academic and professional instruction before proceeding to take a full-package of course offerings leading to the standard and legitimate awarding of the Master of Communications Degree. Now, this is great and heavy stuff. What the preceding means is that the European Airbus Racket-tangled Mr. Mahama may very well be the finest political scam-artist ever produced by postcolonial Ghana. In preparing this column for publication, I came across a very instructive and insightful news-analysis piece captioned “We Started Free SHS with Day Students – Mahama” (News Desk – Modernghana.com 2/27/20).

It is unarguably one of the finest pieces of news reportage and analysis to have been produced by the editors and publishers of the Modern Ghana media portal, and all levelheaded and patriotic Ghanaian citizens are strongly encouraged to familiarize themselves with the same.