Mahama Is the Epitome of National Embarrassment – Part 1 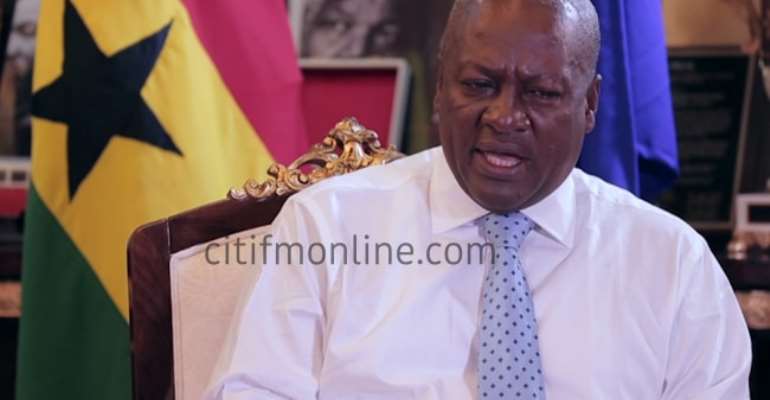 It is rather absurd for the reporter-mauling Mr. Stanislav Xoese Dogbe to claim that Mr. Bernard Antwi-Boasiako – aka Chairman Wontumi – the Asante Regional Chairman of the ruling New Patriotic Party (NPP), had planned a sinister trap for Candidate John Dramani Mahama at the 63rd Annual Independence Celebration that recently took place in Kumasi, if the latter had shown up, and then to rather stupidly let on that the purported “sinister trap” consisted of Chairman Wontumi instigating the crowd to “hoot and boo” the former President (See “Wontumi Planned a Sinister Trap for Mahama – Stan Dogbe Explains Mahama Swerve at Kumasi Independence Parade” News Desk – Modernghana.com 3/14/20).

It is asininely absurd because nearly every Ghanaian citizen of age knows that Mr. John Dramani Mahama had done more than enough to embarrass himself before the citizens and people of not only Kumasi but the Asante Region, in general, to facilely presume to either scapegoat or blame Chairman Wontumi for his predictably self-shaming absence at the Kumasi Independence Day Parade. For example, last October, or thereabouts, after The Asantehene, His majesty, Otumfuo Osei-Tutu, II, gave a memorable presentation before a plenary session of the United Nations General Assembly, right here in New York City, regarding His Majesty’s key facilitation in the growth and development of Ghana’s democratic culture, in particular, how The Asantehene had prevailed on a disconsolately heartbroken and electorally vanquished incumbent President Mahama to gracefully concede defeat.

Well, the latter had the chutzpah to furiously take to the media airwaves and the television networks to disdainfully and globally declare that Otumfuo Osei-Tutu, II, was a pathological liar who lacked credibility and also whose word could not be trusted or taken at face value. Most likely, it was the lingering shame from this historically indelible episode that prevented the man who has yet to officially inform Ghanaians precisely under what circumstances then-President John Evans Atta-Mills met his “mysterious” death from showing up in Kumasi. The man simply lacks class and cultural polish. And, of course, his withering inability to credibly and candidly account for the death of the man who, literally, handpicked him for the Vice-Presidency, and the Presidency, by default, also significantly contributed to the failure of Candidate MacBeth to show his roughhewn face at the world-famous Baba Yara Stadium.

It is also preposterous for the de facto boss of Mr. Mahama, in the evergreen words of Second-Deputy Parliamentary Speaker Mr. Alban SK Bagbin, to tell Ghanaians that his nominal boss had scandalously failed to show up in Kumasi for the Independence Day Parade and other festivities because President Addo Dankwa Akufo-Addo does not feel comfortable in the presence of the man he once debated in an Institute of Economic Affairs-sponsored Presidential Debate in the leadup to the 2012 general election, if memory serves yours truly accurately. You know what, Dear Reader, it is rather Mr. Mahama who feels great discomfort encountering his immediate successor in public political spaces. And there is good reason for this. After all, was it not an incumbent President Mahama who presided over the widely alleged contract assassination of Mr. Joseph Boakye Danquah-Adu, the Akufo-Addo cousin who was at the time the New Patriotic Party’s Member of Parliament for Akyem-Abuakwa-North?

Indeed, Mr. Mahama may very well have personally instructed Mr. John Kudalor, the extant Inspector-General of the Ghana Police Service (IGP), to expeditiously ensure the royal bungling of investigations pertaining to the same. The fact of the matter is that Candidate John Dramani Mahama has far many more serious reasons to feel great discomfort in the presence of the man whose unrivaled genius brought about the definitive resolution of the hitherto protracted Dagbon Chieftaincy Crisis than the other way around. Then also, it is repulsively absurd for the former Mahama Communications Director to compare the absences of former Presidents John Agyekum-Kufuor and Jerry John Rawlings at the Kumasi-hosted 63rd Independence Day Parade to that of former President MacBeth. And we shall be explaining this very shortly in the second segment of this two-part rejoinder series.