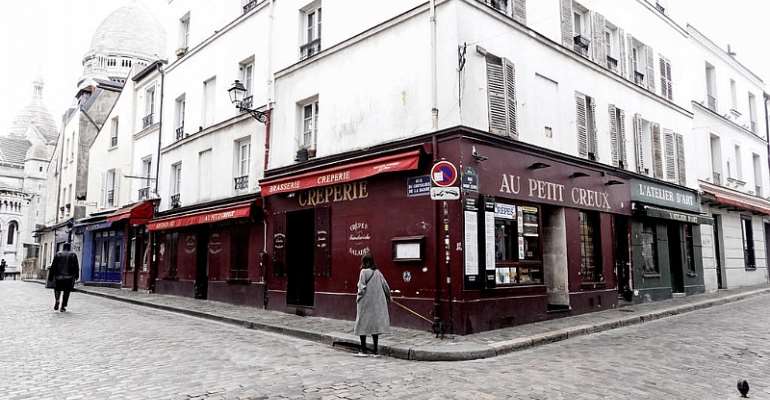 As dozens of Parisians fleeing the capital's lockdown arrived on the Breton island of Belle-Île-en-Mer, locals are concerned that they are bringing the coronavirus to an idyllic spot that has so far remained uncontaminated.

Parisian families with second homes on the island began arriving en masse this week when the schools closed, hoping to enjoy the island beaches, or at least a garden, instead of a city balcony.

Their arrival led to pushing and scuffles in supermarkets with several locals complaining that they were inconsiderate.

“As soon as they got off the boats they poured in," the manager of one of the island's few supermarkets told Le Figaro newspaper. “They didn't stay at a distance from people and they emptied the supermarket shelves.

"We were completely unprepared and overwhelmed. We had no police or security presence whatsoever because we had never needed it. Before everything was very orderly.”

Amid concern that the virus might now spread on the island, the local authorities have taken action.

On Wednesday they announced a reduction in the number of crossings to the island. In addition, local people have been banned from renting out properties, or even lending properties to outsiders.

The restrictions also apply to the more inaccessible nearby islands of Groix, Houat and Hoëdic.

Defending the move, the prefect of Belle-Île cited the risk that the virus might spread and put impossible pressure on medical facilities, designed for a tiny population. The island hospital has no intensive care unit and patients in need are transported by helicopter or using sea rescue boats to Vannes, the nearest city.

The prefect also pointed out the difficulty of getting food supplies to the island, if there was not enough food in the supermarkets.

Local people say the measures have come too late.
“Lockdown does not mean going to the beach, yet we have seen Parisians racing about on surf boards and bikes. I bet they won't follow any of the rules,” said one resident.

One medical worker was shocked to see Parisians stocking up on food. Local people don't have enough money to buy in bulk, she told a newspaper reporter.