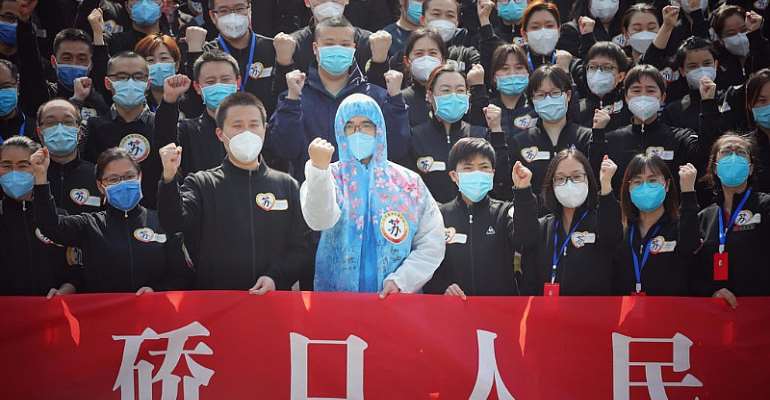 For the first time since the outbreak of the Covid-19 epidemic last December, no new infections have been reported from the epicentre in Hubei Province. China's propaganda has taken a more arrogant tone, while Beijing has also increased aid to countries most affected by the virus.

According to the daily briefing issued by China's National Health Commission, “on 18 March, Hubei reported no new infections, while 795 patients were released from hospital after being cured.”

In total, China reported 34 new confirmed infections on 18 March and eight deaths. Although the deceased were all in Hubei, the province did not report one single “suspected infection” for the first time since the outbreak of the epidemic.

Over the weekend, the number of coronavirus cases and deaths outside China surpassed the domestic statistics.

Beijing tells others how to tackle the crisis

As a result, China now feels confident about advising other countries on how to tackle the crisis.

“China decided to lock-down Wuhan, the capital of Hubei province and the epicentre of the epidemic in China,” says the CCP-controlled Global Times.

The aim was “to prevent the transmission of the virus within the city and to other places, demonstrating China's responsibility to ensure the safety and health of the people of Wuhan, Hubei, the whole of China, and even the world.

“Indeed,” continues the paper, “it was a tough choice for China to make on the eve of the country's most important festival," a reference to the Spring Festival which is normally the occasion for family reunions.

While not directly criticising less stringent measures taken in some western countries, the Global Times quotes praise by World Health Organization Director General, Tedros Adhamon Ghebreyesus, for the Chinese approach that resulted in “winning time for the rest of the world”.

The highest form of human rights
The unnamed author, an “expert on human rights studies” according to the attribution under the Global Times article, uses the way China has dealt with the coronavirus outbreak as proof that Beijing cares more about human rights than the West.

Citing the United Nations' Declaration on the Right to Development, the author says that “saving people is the highest form of human rights” – and that is exactly what China did with its harsh, police controlled total clampdown.

“Now that the outbreak has been almost controlled, the government has decided to gradually resume production and other economic activities,” the paper says, while the more liberal Caixin Global reports that cities in Hubei province are now relaxing traffic restrictions, and even cutting down on temperature checks.

Beijing also sent equipment and doctors to Italy, now the hardest hit country in the epidemic. According to Ansa press agency, the Chinese delivered over 2 million face masks and some 10.000 pulmonary ventilators. “Our doctors don't need anyone to teach them their job,” Italian Foreign Minister Luigi di Maio was quoted as saying, “but the Chinese doctors were the first to treat the virus and they can bring their experience."

Despite an ongoing and increasingly bitter war of words between Beijing and Washington, and the mutual expulsion of journalists, Chinese individuals like billionaire owner of retail giant AliBaba, Jack Ma, threw the full weight of his foundation into the fight against the coronavirus – and that included shipments of test kits. “All the best to our friends in America,” he tweeted.