Lessons from Africa on how to build resilient bee colonies

By Neil Rusch - The Conversation 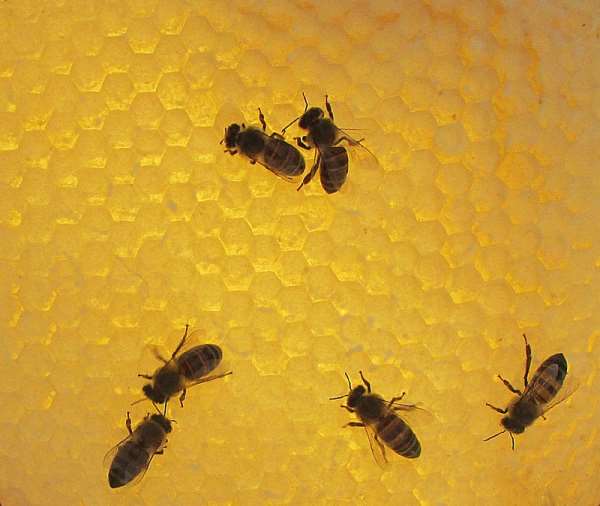 Honeybees are under threat globally. These important pollinators are affected by issues of nutrition, habitat loss, pesticides, a changing climate, pathogens and an economic system that lacks ecological accountability.

Honeybee (Apis mellifera) populations are also being wiped out by Colony Collapse Disorder , caused by a cocktail of debilitating factors. Industrial-style beekeeping practices are making this worse. Since the condition was first reported in 2006, it has killed tens of millions of honey bees. Bees compromised by the effects of the disorder are most vulnerable to the deadly varroa mite. In many commercial apiaries the parasite is controlled by chemical intervention. Chemicals plus the pathogens carried and introduced by Varroa destructor increase the stress bees are facing. Research by the Honeybee Genome Sequencing Consortium suggests that Apis mellifera is especially vulnerable because it “has fewer genes for innate immunity” and fewer genes for production of “detoxification enzymes”.

Yet the species is faring far better in many African countries than elsewhere. One of the reasons for this may be the continent's deeply embedded indigenous knowledge and traditional beekeeping practices. In a 2012 report, for instance, the United Nations' Food and Agricultural Organisation acknowledged that :

The main region of the world where traditional beekeeping practices are still the most widely used – tropical, sub-Saharan Africa – is also the region with (the) least honey bee disease problems.

The prevalence of wild bee colonies on the African continent also helps bees to remain healthy. These populations provide genetic diversity which mitigates some ailments.

Wild bees provide many lessons. Left to their own devices, for example, bees will apply an organic sheath, the propolis envelope , to the inside walls of their hives. The propolis envelope, consisting of plant gums with anti-bacterial and anti-microbial properties, protects the entire community even if individual, innate immunity is weak.

Drawing from my own academic work around indigenous knowledge and 15 years working as a commercial apiarist, I set out to create a man-made hive that would support the bees' own behaviour and biology. The result is the Agave log hive. I believe we should recognise, as is starting to happen , how indigenous knowledge and management can strengthen ecological integrity.

Bees as a body

We don't know exactly when foraging wild honey gave way to harvesting honey from hives. What we do know is that “possesion” of wild bee colonies was a likely precursor to ownership of livestock during the past 2,000 years in southern Africa. Today, all manner of natural, locally available materials are used on the continent to construct bee hives .

Traditionally beekeeping in African countries is not about job creation, as it tends to be elsewhere. Neither does it conform to agro-industrial practices and mindset. Rather, it is primarily about supplementing rural livelihoods . The emphasis is on community needs.

For example beekeeping traditions in central Cameroon among the Gbaya people play an integral part in their culture. Detailed knowledge of the natural environment and specific hive-building skills, which tap into older practices, are demonstrated and documented . The Yiaku, former hunter-gatherers living in Kenya's Mukogodo Forest, are another example. They practise log hive tree beekeeping along with a successful system of forest management . Bees flying in and out of an Agave log hive.

These examples illustrate evidence of sustainable outcomes, maintained over centuries. They informed the conception and development of the Agave log hive. Another example I drew from was the San people's understanding of bees. Archaeological evidence suggests that honey was being consumed and bees' wax used by early people 40,000 years ago at Border Cave in South Africa. The San and their ancestors are the First People of southern Africa. Mythology and rock paintings of bees and honey-hunting attest to their intimate relationship with bees.

The /xam San people, when speaking about bees, say :

The bees, when the bees fly along in a body, they the Bushmen say, the bees go. One bee it is that which goes.

I thought about bees as a body, and the hive as integral to the health and wellbeing of the bee body. From there, I asked what a body needs to remain alive and healthy. Three important considerations in the design of the Agave log hive are immune system, thermoregulation, moisture and humidity regulation. When the atmosphere in a hive is optimal bees will survive and thrive.

The space bees choose to occupy has a direct bearing on their reproductive biology – a volume of 40 litres is ideal. Bees reproduce by swarming. They do this when the space they occupy becomes overcrowded, so hive space influences reproduction.

Hollowed out Agave logs have the ideal volumes and natural insulation; this aids temperature regulation and reduces unnecessary energy expenditure. The rough inner texture of the log encourages propolis collection. I found that the bees begin gathering propolis immediately to create the propolis envelope.

Proof of concept has been tested over three years. During this time the process for developing the hives has been shared with others in practical workshops . Early on some empty hives were deployed in suburban areas with encouraging results. Bees move in of their own volition, arriving within 30 days but often within hours.

Colony build-up over eight to 12 months allows sufficient time for the colony to reproduce a swarm. This aspect is most exciting since a key aim of the project is to provide habitation from which bees can issue forth to rewild the environment.

The Agave log hive can be introduced into traditional beekeeping contexts seamlessly since it does not violate existing cultural norms and practices, either in its form or its supporting philosophy.

Neil Rusch does not work for, consult, own shares in or receive funding from any company or organization that would benefit from this article, and has disclosed no relevant affiliations beyond their academic appointment.

By Neil Rusch, Research Associate, University of the Witwatersrand