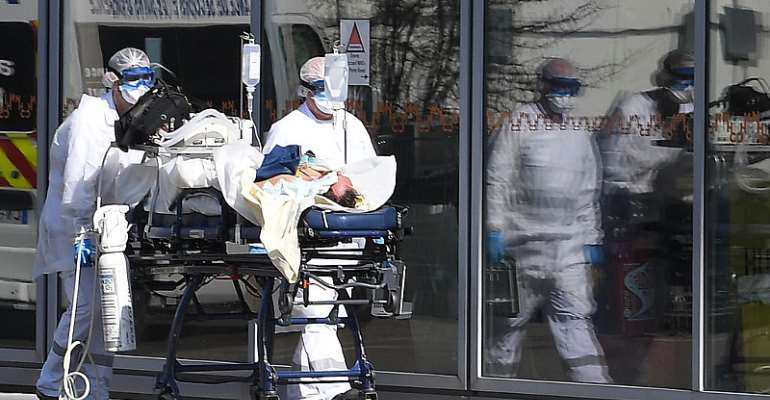 France has reported 89 new deaths from the coronavirus, taking the total to 264 -- a sharp increase of over 50 percent. Confirmed cases jumped to 9,134 early Wednesday as the country entered its second of Covid-19 lockdown aimed at containing the outbreak.

"We have an epidemic that is rapidly becoming more serious," Salomon added, warning that the number of new cases was doubling every day.

He said testing was only being done on those with breathing difficulties, meaning the real number of infected including those not seriously affected could be far higher.

The new toll as France was in the second day of a nationwide lockdown declared by President Emmanuel Macron to battle the virus, with people allowed outside their houses only for essential trips.

Government spokeswoman Sibeth Ndiaye had earlier admitted that France was undergoing "logistical difficulties" with the supply of sanitary masks while denouncing "unacceptable" thefts of masks from hospitals.

The government is asking lawmakers to allow the declaration of a national health emergency giving the executive special powers to battle the coronavirus, Prime Minister Edouard Philippe confirmed on Wednesday.

"Our country is going through a health crisis unprecedented for a century. The crisis means we need to take strong measures to warn about, contain and manage the epidemic," he said.