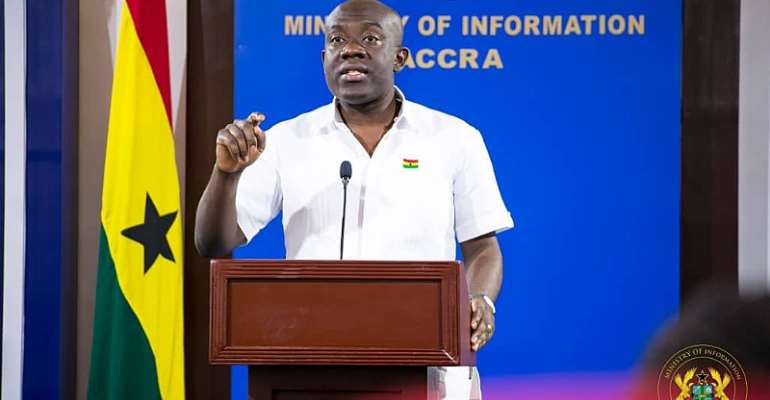 Government says it will consider a request from the Ghana Medical Association [GMA] to suspend the ongoing mass registration exercise in the Eastern Region.

In a press statement signed by the President of the Ghana Medical Association , Dr. Frank Ankobea, and the General Secretary, Dr. Justice Yankson, the association said it was in the interest of public health and safety to suspend the exercise.

Updating the media on multiple measures being put in place by the government, Information Minister, Kojo Oppong Nkrumah said it is an advice that will be looked at.

“If you read clearly what was put out, social gatherings have been suspended, [however] other activities including business and other activities are allowed to continue but with a social distancing with not more than 25 persons. Our understanding is that this is what the NIA is doing but it is good to receive this advice from the Ghana Medical Association and I’m sure as the president continues to review all of the methods that have been put in place that advice will be considered.”

“Private burials are permitted, but with limited numbers, not exceeding twenty-five (25) in attendance.”

The National Identification Authority (NIA) earlier this week said it will continue with the Ghana Card registration despite the misgivings from some of its officers because of the novel coronavirus.

The Authority released guidelines for its officers in line with the government's new directives on public gatherings to curb the spread of the novel coronavirus in Ghana.

Some NIA officers who had reached out to Citi News anonymously expressed concern about the absence of protective measures.

They say a single registration centre can be visited by 200 to 300 people a day seeking the Ghana Card.