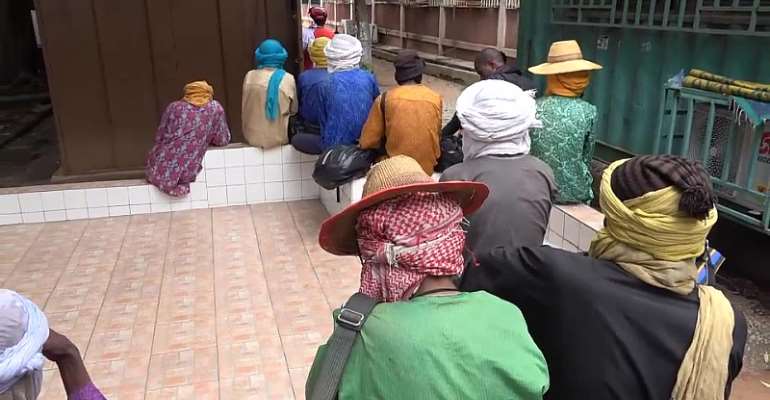 The Ashanti Regional Immigration Command is in the process to repatriate 20 Nigerians who were arrested by its officers at Juaso in the Asante Akim South District.

The Niger nationals were screened by health officials in the Ashanti Region after residents at Juaso raised concerns in the wake of concerns about the Coronavirus pandemic.

One of the deputies at the Public Relations Unit of the Ashanti Regional Immigration Command, Bernice Amponsah speaking to Citi News indicated that the suspects were arrested upon a tip-off by residents of Juaso who feared the foreigners may be carrying the coronavirus.

“On 17th March 2020, around 15:30 hours the Konongo Municipal Immigration Command referred 20 Nigeriens to the Ashanti Regional Command. They were made up of 8 females and 11 males and 1 infant. They were referred to us from the Ashanti Akyem South Municipality through the Ashanti Akyem police and to the Konongo immigration. Ongoing investigations revealed that they came from Sunyani to sell their local herbal medicines. Residents, however, raised alarm following fears of the recent outbreak and the spread of the coronavirus”.

The Immigration Command also indicated that out of the number, only four had travel documents which did not even permit them to work or stay in Ghana.

She also added that they were being detained because their activity was in contradiction to the law which demands that the sale of Medicine must be permitted by the Food and Drugs Authority.

“Only four of them were able to produce their travel certificates, the remaining 16 had only Nigerien identity cards. The intelligence and enforcement section of Ashanti Regional Immigration Command has generated an identification album for the rest to identify them as Nigeriens and all the suspects have been screened by the regional health directorate. They are still detained here because it is the responsibility of immigration to handle foreign nationals, they had no travel certificates and even the 4 who had did not permit them to work in Ghana. Meanwhile, they had no certificates from the Food and Drugs Authority or the Ghana Standards Board to sell the kinds of medicine they were selling to the residents that is why they are still detained here”.

The Ghana Immigration Service added that the suspects were going through a process to be sent back to their country.

“As I speak to you, there are directives to process them for repatriation. Upon screening, the four of them who had the travel certificates are still kept here because they are all being processed for repatriation. The certificates they had on them does not permit them to sell or to work in Ghana and those who had the identity cards, by law it does not give them entry because it is not a travel document”.

Finally, appreciation was extended to the residents of Juaso for reporting the foreigners to the right authorities, they also encouraged the general public to report any foreign national whom they may suspect of foul play to the Ghana Immigration Service.

“We are using this opportunity to thank the residents of Juaso for reporting these nationals to the right authorities and we also use this opportunity to appeal to citizens that if they see any foreigners and suspect any foul play or suspicions, they should report immediately to the Ghana immigration service.”