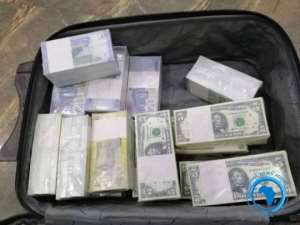 The Nima Divisional Police Command has arrested Augustine Adjorlolo and Wisdom Aryee for defrauding two persons under the pretext of increasing their GH¢7,300.00 to GH¢500,000.

Adjorlolo was arrested on March 15, 2020, at Owirem, near Asamankese, together with Aryee, his driver.

Deputy Superintendent of Police (DSP) Effia Tenge, the Head of Public Relations Unit of the Accra Regional Police Command, who made this known to the media, said they were arrested based on a report by the victims, names withheld.

She said a search in Adjorlolo's room revealed a black polythene bag containing bundles of papers cut to the sizes of the United States Dollar (USD) notes as well as cedi denominations.

The notes were covered with two cedi notes at the top and bottom, saying that in addition to the exhibits they were brought to the Divisional Criminal Investigations Department.

She said the suspects were in police custody to assist in Police investigations and would soon be arraigned.