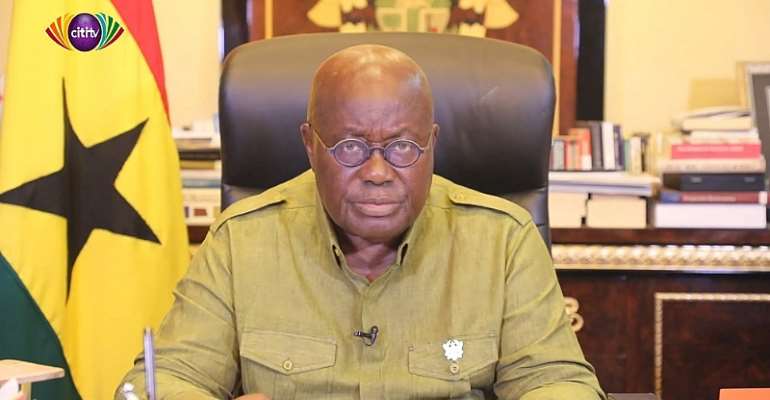 President Akufo-Addo has not tested positive for Coronavirus as being suggested by some Ghanaians.

This is according to the Information Minister, Kojo Oppong Nkrumah.

Speaking at a press conference on Wednesday, March 18, 2020, to give updates on the cases of Coronavirus confirmed in Ghana, the Minister cautioned the public against the publication of false information on the issue.

Some news portals earlier this week reported that President Nana Akufo-Addo and the Senior Minister, Yaw Osafo Maafo had tested positive for Coronavirus.

The publication was based on a statement by a social commentator, Kelvin Ebo Taylor who said in a televised broadcast that a source at the seat of government, the Jubilee House had indicated that the president had tested positive for the virus.

But Kojo Oppong Nkrumah said the information is false.

“There are those who even in these trying times take delight in fabricating stories and throwing them out there on social media sometimes for political purposes and sometimes for humour. We would want to discourage that as much as possible. There are stories going around that the President and some ministers have tested positive [for Coronavirus]. You have seen it on social media. It is not true,” he said.

The Information Minister further advised persons with media platforms to help share information relevant to stopping the spread of the virus.

“We will like to encourage that if you have access to a platform, use it to encourage compliance with preventive etiquettes so that we can save as many lives as possible,” he said.

Rumours of President Akufo-Addo testing positive for the virus were rife after the government announced that one of the first two confirmed cases of the virus in the country was of a Norwegian who was a top official of the Norwegian Embassy in Ghana.

At the time, President Akufo-Addo had returned from Norway as part of an official visit to the Scandinavian country in the last week of February 2020.

According to a statement from the presidency, the President was accompanied by the Minister for Foreign Affairs, Hon. Shirley Ayorkor Botchway, MP; Minister for Education, Hon. Dr. Matthew Opoku Prempeh, MP; and officials of the Presidency and Foreign Ministry on that trip.