Coronavirus And Reality Check For All Religions 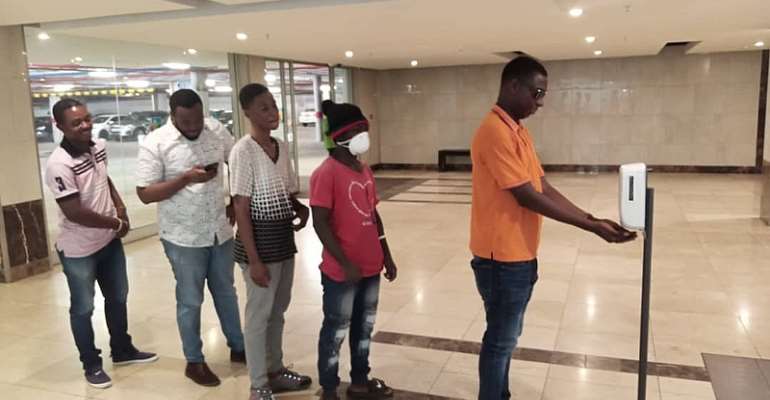 Coronavirus has forced a reality check for religions and their assumed powers. The pandemic has occasioned sobriety, reality-based sobriety among believing folks. A virus has put the gods to a test and subjected all supernatural powers to an unprecedented trial. Coronavirus has compelled religious establishments to reassess their positions and tenets and review their rituals.

By all measures, this microorganism has caused the evaporation of faith in the almighty God/Allah’s healing powers. The Vatican City like the rest of Italy is in a lockdown and the pope whom Catholics believe represents the Jesus God on earth has been seen offering a blessing to an empty Basilica square.

Churches in Italy have removed the ‘holy water’ at the entrances to avoid the spread of the virus. The pope, bishops, pastors and other anointed men and women of God are taking precautions, evidence, not faith-based precautions. Clerics are socially distancing themselves and taking other medically advised, not revealed measures to stay safe, healthy and alive.

Mecca and Medina that host some of Islam’s holiest sites are deserted. For many Muslims, Allah is domiciled at these places. The Saudi government has, in an attempt to prevent the virus from spreading to the nation, banned pilgrimages. Iran has canceled Friday prayers. Interestingly none of these measures has been interpreted as an insult on Islam or Prophet Muhammad, or as offensive to Muslim religious sensibilities.

One wonders if Islamic nations are no longer in direct communication with Allah regarding a cure. Countries that have high infection rates have asked religious devotees to pray from home. A cartoon showing anxious godmen of the various religions urging a scientist to speed up with getting a cure/vaccine has been circulating on social media. The religious world is anxiously looking to science and scientists for a solution, and cure

If it were not for the pandemic, some would have deemed the cartoon offensive, a form of insult or disrespect to other people’s religious beliefs. And the cartoonist would be sanctioned or in some places imprisoned or killed. The pandemic has led to the desertion of the Vatican City and the Kabba, to the desertion of churches, mosques, and temples. It has demonstrated the void and lack of potency in the claims and powers associated with these religious icons, places, and institutions.

Think about it. Is it not an obvious demonstration of a lack of faith that Catholics stayed away from the Basilica square and not attend to receive a papal blessing? The papal blessing should protect them against the virus. Shouldn’t it?

The papal blessing should provide spiritual immunity. It should be the spiritual vaccine that Dr. Jesus administers to attendees at the square. So why should Catholics show little or no faith at this time? Is the coronavirus more powerful than God? Meanwhile, God lives in the person of the pope at the Vatican.

The Saudi government and the Ummah are adopting the same wisdom steeped in doubt and disbelief in Allah's powers. Otherwise, why should the Saudi government ban pilgrimages to Mecca and Medina? Muslims believe that Allah has the power to stop the spread of the virus and to heal anybody who accidentally contracts it. Is this not an opportunity for Allah to demonstrate his healing powers as believed by Muslims?

Is it not the belief in this power of Allah that motivates Muslims from very poor nations to borrow money and use their savings to embark on pilgrimages to Mecca and Medina? So what happened to the purported healing powers of the various deities that humans have worshipped and still worship? Have they suddenly expired or disappeared?

Where are the various gods and goddesses that humans vehemently claim exist and intervene in worldly affairs? Are they sleeping? Have they gone on holiday? Are they not hearing the prayers that believers are saying from their various homes or in public with their medical face masks? What happened to the assumed supernatural forces, the transcendental entities in whose name humans have killed, and have been killed; have maimed and imprisoned other human beings?

Why can’t they emerge or manifest their so-called powers and save humanity from this pandemic? If these gods fail to show up now and use their powers to save humanity, what does that say about their assumed existence and salvific potentials?

I mean will religions survive this reality check occasioned by the coronavirus?

The author has 285 publications published on Modern Ghana.