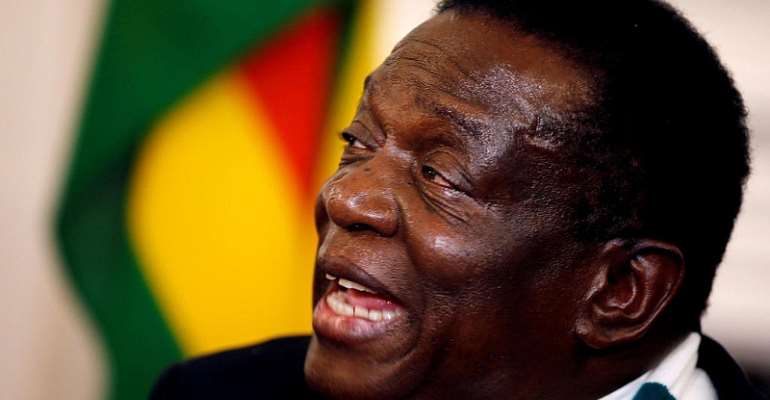 Zimbabwe's President Emmerson Mnangagwa has tried to defuse controversy sparked by comments from his defence minister claiming the coronavirus was God's revenge on the West.

“Pandemics of this kind have a scientific explanation and know no boundary, and like any other natural phenomenon cannot be blamed on anyone,” Mnangagwa said.

The president's comments came hours after Zimbabwe's defence minister Oppah Muchinguri sparked outrage after claiming that the coronavirus was God's punishment on countries that imposed sanctions on the southern African country.

Speaking to supporters of her Zanu-PF party at the weekend, Muchinguri appeared to celebrate the disease's spread through Europe and the United States, saying “they're now keeping indoors. Their economies are screaming, just like they did to ours. Trump should know that he is not God."

Sensing the public mood, Mnangagwa issued Monday's statement adding that his government “empathises with the affected people around the globe”, avoiding mention of Muchinguri's name or her criticism of the US.

Chinese vs Western disease
Critics have been quick to point out that the virus, which can cause a dry cough and fever and lead to breathing difficulties, first originated in China, one of Zimbabwe's biggest political allies, and therefore could not be a Western disease.#

“How does she face her Chinese counterparts, where the pandemic began when she makes such insulting and insensitive statements?” tweeted Alex Magaisa, a government critic and law lecturer at the University of Kent in the United Kingdom.

Zimbabwe's health ministry maintains that it has no confirmed cases of the coronavirus, but neighbouring South Africa has more than 60. Across Africa, 30 of the continent's 54 countries have confirmed cases.

On Tuesday, Mnangagwa declared the coronavirus pandemic a national disaster to allow the government to mobilise resources to defend against it.

Zimbabwe's international trade fair and the 40th independence celebrations set for next month have also been postponed.

US revokes licence of top Chinese telecoms company
14 minutes ago