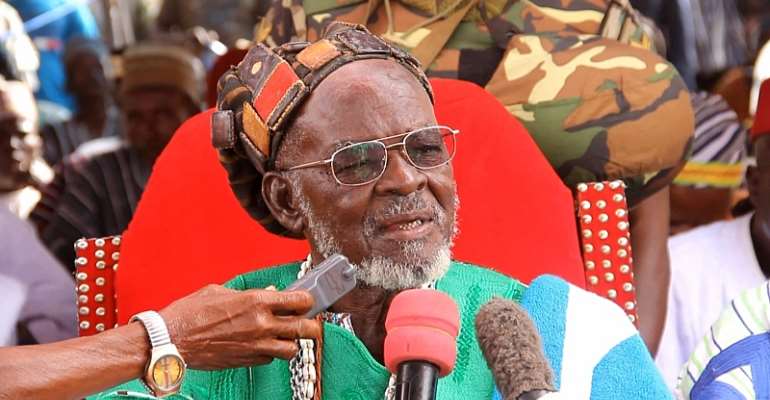 The Zugraana Naba Asigri Abugrago Azoka II, the Paramount Chief of Kusaug Traditional area in Bawku in the Upper East Region on Tuesday has banned all funerals, weddings, spinnings and gatherings to prevent the outbreak of the novel coronavirus in the region.

The ban is in line with President Akufo-Addo's directive on 15th March to ban all public gatherings and suspension of schools across the country.

Naba Azoka II said the directive by government was necessary in the wake of the outbreak in the country but arrived at crucial times and season where funerals are normally performed in the north.

He charged his divisional chiefs to carry the message to their respective jurisdictions and deal firmly with anyone who flouts his orders.

Naba Azoka appealed to the security agencies to assist the various Municipal and District Assemblies to enforce the ban.

Naba Azoka urged the Municipal and the District Assemblies in the Kusaug area to resource the media personnel to disseminate the appropriate information in the different languages to sensitise the village and market folks for proper understanding and compliance.

The paramount Queen mother, Veronica Abugrago I, also cautioned women to take the message seriously and that women are more vulnerable when it comes to health issues in the country.

She calls on her market queen mothers in the various markets to educate the public and the various lorry stations on safety measures against the coronavirus.

She expresses worry about the low public education of the deadly bug calling on the appropriate authorities to increase public sensitisation in the region.