It Is Clear that Kwaku Azar Jumped the Gun Here 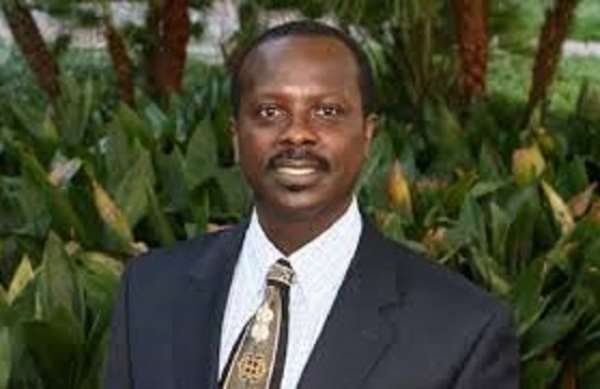 I knew right from the get-go that he had jumped the gun, when Prof. Kwaku Asare – aka Kwaku Azar – reportedly posted on his Facebook Wall that Auditor-General Daniel Yaw Domelevo’s rather unprofessional decision to publish the names of alleged well-heeled beneficiaries of GETFund was, somehow, the logical equivalent of published revelations alleging that some operatives of the Mills-Mahama regime had accepted huge sums of bribery in order to give European aircraft manufacturer, Airbus SE, an illegal commercial edge over the latter’s competitors around the world. The Tennessee, USA-based critic, who is both a lawyer and an accountant, was also reported to have asserted that a copy of the Auditor-General’s Report, presumably, had already been posted on the official website of the GETFund establishment (See “You Can’t Accept UK’s SFO Airbus Exposé and Castigate Domelevo Over GETFund – Prof. Azar” Ghanaweb.com 3/1/20).

Now, contrary to what the critic would have Ghanaians believe, it actually turns out that the Auditor-General published and publicly discussed the contents of his report in the media before he submitted copies of the same to both Mr. Richard Boadu, the GETFund Administrator who had specifically requested and paid for the cost of the auditing of the account books of the Fund, and Parliament, the statutorily mandated oversight arm or branch of the Government. In the case of the UK-based Serious Fraud Office or Court, however, the uncovering of the Airbus’ bribery racket, involving operatives of the Mills-Mahama regime and the governments of some four other countries, namely, Malaysia, Indonesia, Sri Lanka and Taiwan, if memory serves yours truly accurately, the investigations, which also took place in criminal courts in two other Western countries, namely, France and the United States of America, well appear to have been autogenerated by prosecutors or law-enforcement agents either employed by these specialist courts or institutionally and collaboratively affiliated with the same.

Now that is not exactly the same as the kind of highly politically charged or tinted operation undertaken by Mr. Domelevo. The Auditor-General’s auditing purview had originally been temporally set between the years 2012 and 2016 or the first half of 2017, precisely about the time that Mr. Boadu was appointed Administrator or Chief Administrator of GETFund. We are reliably informed that in order to specifically either appease the operatives of the Fund under the watches of Presidents John Evans Atta-Mills and John Dramani Mahama, respectively, the Auditor-General had decided to extend the ending of the auditing period from 2016 to 2018. In other words, the auditing cutoff period was extended to at least half of the watch or tenure of President Addo Dankwa Akufo-Addo. It is quite obvious that Mr. Domelevo had an ulterior motive or what well appears to have been his own peculiarly personal agenda here.

Then also must be promptly underscored the fact that in the case of the UK’s Serious Fraud Court’s publication of the details of the contents of its investigations, deliberate efforts were made not to mention the names of foreign government operatives involved in the payola scam. Instead, we have the names of the alleged payola recipients carefully replaced with such labels as “GO1” or Government Official Number One. Now, that is the sort of professionalism that we are talking about that seems to be woefully lacking in the report of Auditor-General Domelevo. We also significantly note the fact that the UK’s SFC or Serious Fraud Court gave its reason(s) for not divulging the names of the payola-receiving foreign government officials on grounds that some of the five countries involved in the racket had the death penalty on their statutory or law books, which was why the UK’s SFC also added that the preceding “precarious” state of affairs notwithstanding, it still was interested in the official administration of justice, provided that certain humanitarian and/or human rights terms and conditions could be met to the satisfaction of the judges and officials of the UK’s Serious Fraud Court.

Clearly, the protection of the images and reputations of officials who may have been erroneously captured by the GETFund auditing does not appear to have been taken into careful account by Ghana’s Auditor-General. So, where is the coordinate or equal logical comparison here, if one may ask the same of Prof. Kwaku Asare? We must also hasten to add that yours truly has absolutely no vested interest, one way or another here, short of having the right and proper thing done by way of a definitive cessation of the sort of flagrant fraudulence that has characterized the disbursement of the GETFund scholarships ever since any remarkably mature adult Ghanaian citizen can remember. The kind of patently and inexcusably cynical kneejerk reaction that well appears to have motivated Prof. Kwaku Asare also needs to be vehemently and unreservedly decried and promptly rejected.

We need to be a nation of thinkers, when it comes to questions of first-rate professionalism and administrative fair play. These laudable qualities can be clearly seen to have been conspicuously lacking in the way and the manner in which Auditor-General Domelevo conducted himself vis-à-vis the auditing of GETFund’s account books. Of course, with the decision by Parliament to investigate the fiscal management of the Office of the Auditor-General of the Ghana Audit Services, the jury may be aptly said to be still out, thus the need for all fair-minded observers to keep our proverbial and metaphorical fingers crossed.