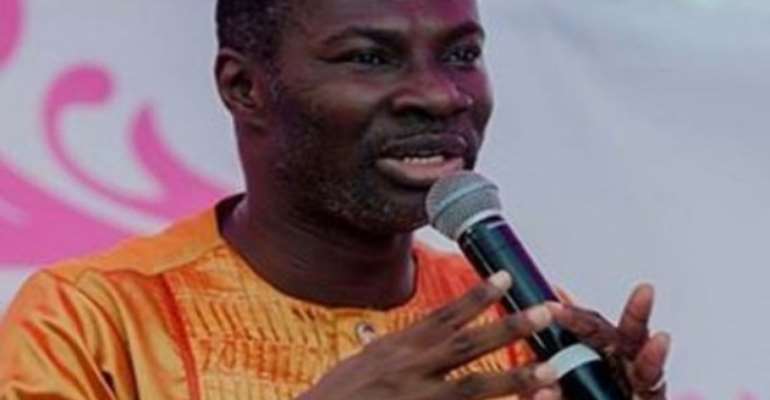 The bible, although some people claiming to be wiser than wise have raised doubts about it, it stands in many occasions to be true and powerful. Most of the statements in the bible manifest in our daily lives.

I stand by Ecclesiastes 3:1-8, to inform Prophet Emmanuel Badu Kobi that the glorious days when he could insult His Excellency the President, Nana Akufo-Addo, with absurd impunity has come to an end.

It states among other things in the quoted bible verses that "There is a time for everything, and a season for every activity under the heavens”. Therefore, there is a time to laugh and a time to cry.

Similarly, there was a time for fake Prophet Badu Kobi to stand in his pulpit at church to insult President Nana Akufo-Addo without a finger raised at him and a time for himself to be cowed by Kennedy Agyapong (Hon) through the revelation of his many committed crimes.

He was bragging, and committing nefarious activities under the cover of darkness without anyone able to tell him off. This is because his friend, and probably lapdog, was the President of Ghana. As time changes, his friend is no more so his evils committed in darkness can now be exposed in a broad daylight.

He is alleged to have sent people to their deaths probably before their time designed for them by their creator God Almighty. He has penchant for duping his church members.

Honestly, I hate this particular one thing about Ghanaian fake pastors and prophets. Where did they learn the following nonsense which their congregation always fall for? They will ask them to bring out all the money on them at that instance. They will ask the congregation to place the money on the floor, stand one of their feet on it for the money to be blessed. Once the recitation blessing prayer is said, the pastors will warn the owners of the money not to take the money back or else, a curse will come upon them and their family.

The ignorant and naive congregation will leave the money on the floor only for the pastor and his agents to pick them up for their own use.

One Prophet “Apaa Life” once came to London in the early or mid-2000s to do same nonsense to some people who attended one of his nightly crusades.

When the news got to then one and only Ghana radio station in London, WBLS FM, the presenters vowed to make sure that Apaa Life never came to Britain again. They continually announced it amid bashing and since then, fake prophet Apaa Life has not come back to Britain.

Pastors doing such things are simply crooks, thieves and the agents of Satan.

I blame those people who for signs and wonders and the manifestations of miracles in their lives visit these charlatans calling themselves pastors, prophets and whatnot.

I had previously published articles raising my doubts about the genuineness of Badu Kobi as a man of God and eventually, he has proven himself a thief, a womaniser and a big time swindler.

Let us all assist Kennedy Agyapong (Hon) to disable the evil in Badu Kobi, a notorious criminal with infatuation for insulting a President, for all his (Badu’s) stupid imaginations and obsessions.

All those he has cheated had better come out to squeeze his balls for him to squeal like the pig to teach him a bitter lesson that it is not holy for a man of God to dupe people.

Finally, the law must rigorously apply itself as indeed no respecter of persons. As it deals ruthlessly with Badu Kobi, a discovered fraudster, could it deal in the same measure with a certain medical doctor in Kumawu? He has allegedly committed a fraud on the Chieftaincy Declaration form that saw him gazetted as the paramount chief of Kumawu, collusively aided by the super powerful traditional Overlord with powers to make or break Ghana.

Unless we unite to fight the corruptions ongoing in Ghana as are being orchestrated by the very people in whose hands we entrust our future, we will never advance as a people and a country.

I give Kennedy a pat on the back for taking on the crooks in Ghana. He cannot go it alone so we have to rally behind him both in spirit and in person.