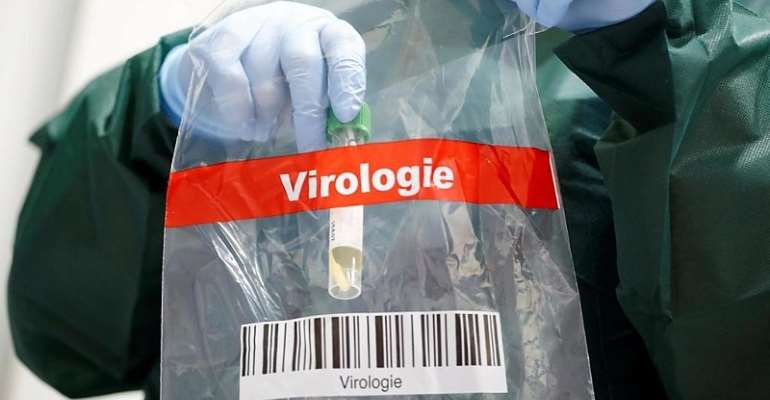 French health authorities are stepping up measures to test the population for the Covid-19 virus, with 7,730 cases and 175 deaths confirmed as of early Tuesday.

"The daily capacity to test patients for the coronavirus has gone from 2,000 to 2,500," France's health ministry said on Tuesday.

Faced with the epidemic, and a growing demand for tests, the health minister Olivier Veran has stated that it is not possible to screen everyone who has symptoms at this stage and he has drawn up a list of those who have priority and should be tested systematically.

"Those who have serious symptoms coherent with Covid-19, those ill patients who are fragile or at risk who present symptoms, and the first three people with symptoms who live in a home for elderly or fragile people, in order to stop the virus spreading to other residents."

"All people in hospital who show symptoms and medical staff members will also be considered a priority."

According to the the French financial newspaper Les Echos, a new test has just been authorised in France, using samples taken from the nose or throat, like the existing test.

The difference with the new test, it says, is that it has been adapted to high speed machines in laboratories which means the capacity to confirm a diagnosis has been multiplied by ten.

Expansion of testing in labs across France
The French Health Ministry has reportedly given the green light to all labs in French cities to use the test. Previously, only hospital labs were equipped to do so.

The ministry said, at this stage, 183 hospitals were equipped to carry out tests and 120 laboratories to do the analysis. More than half of those are in urban areas.

"Patients with serious symptoms will still need to be tested in hospital," Veran said.

As for other patients with symptoms, "they will be able to be tested in labs if they have a prescription to do so. The samples will be done at home. However, patients should not go in person to the lab until they have called ahead to know if the test is available and ask for instructions."

The World Health Organization's director has already called for countries to "test any suspected case".

"We can't fight a fire with our eyes blindfolded," Tedros Adhanom Ghebreyesus told the General Assembly on Monday.

"The important thing is to test and then isolate. You can't stop a pandemic if you don't know who is infected," he said.

To date, the WHO has shipped almost 1.5 million tests to 120 countries and is working with companies to increase the availability of tests for those most in need.

In Italy, the 3,000 residents of Vo Eugenao in Venetia were tested. According to local press, 50 to 70 percent of infected people showed no symptoms, which means they were most likely transmitting the virus unintentionally.

Meanwhile, South Korea has drastically reduced the number of new cases thanks to a strategy combining public health announcements and a massive testing drive.