Europe in coronavirus vaccine battle with US 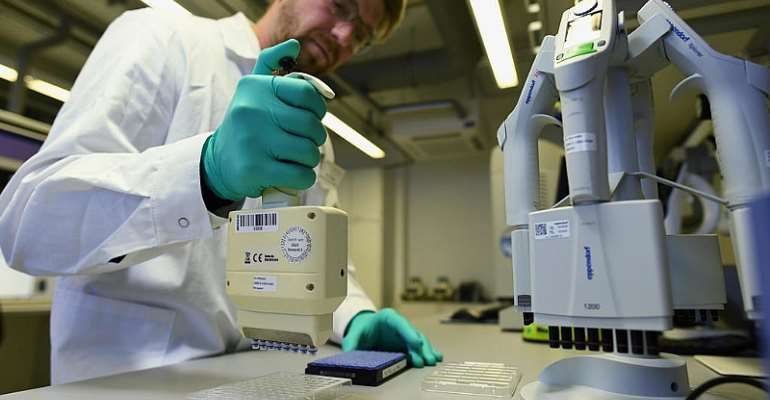 The European Commission has offered 80 million euros to CureVac, a German company working on a vaccine against the coronavirus. The announcement comes just one day after rumours that the company had received an offer from the White House to develop a vaccine exclusively for the US.

In a press release dated 16 March,  but published yesterday, the European Commission says that Commission President Ursula van der Leyen promised “up to 80 million euros” to biotechnology company CureVac, in a discussion via videolink with the company's management.

The current priority of Tübingen-based CureVac,  which also receives "substantial funding" from the Bill and Melinda Gates Foundation and German billionaire Dieter Hopp,  is to find  a vaccine against the coronavirus that is causing havoc around the globe. The company hopes to start testing on humans as early as June.

Van der Leyen said that  she was proud to "have leading companies like CureVac in the EU. Their home is here. But their vaccines will benefit everyone, in Europe and beyond.”

The remark and the offer of financial support seem to be a direct rebuttal of alleged attempts by the United States to offer CureVac and its scientists large sums of money to produce a vaccine against the coronavirus, exclusively for the US market.

Meeting in the White House
The German weekly Die Welt am Sonntag, quoting German government sources, reported on 15 March that Daniel Menichella, until last week CEO of the Tübingen-based research company, had a meeting in the White House at  the beginning of March, where he was offered “a high sum, there is talk of 1 billion US$ in Berlin,” to obtain the vaccine, “but only for the US,” reports the paper.

After an outcry by German politicians, including the Foreign Minister, Heiko Maas, and the Minister of Health, Jens Spahn, the company reacted by “rejecting the rumors of acquisition” remarking in a statement that it is working “to develop a coronavirus vaccine “to protect people worldwide,” and not just in the US.

"There was and there is no takeover offer from the White House or governmental authorities. Neither to the technology nor to CureVac at all as a company,” added acting CEO Franz-Werner Haas in a conference call with journalists on Monday.

The rumors were also denied by Richard Grenell, acting Director of National Intelligence and US Ambassador to Germany, who tweeted "Not true. The Welt story was wrong.”

Controversy
The controversy started after then CureVac CEO Menichella met with US President Donald Trump and Vice President Mike Pence on 2 March, “to discuss coronavirus development in the US”.

Adding to speculation was a rapid change of the company's CEO. On 11 March, a week after the White House meeting, Menichella was replaced by company founder Ingmar Hoerr, without the company giving a clear reason for the change.

But on 15 March, one day before the Commission announced its financial support for CureVac, the company's supervisory board replaced Hoerr with Deputy CEO Franz-Werner Haass, announcing that Hoerr “will take temporary leave of absence for medical reasons,” stressing that his leave is “not caused by the coronavirus”.

The company maintains that the swift succession of CEO's at the time of the Trump-takeover rumors and the decision on EU support was “purely coincidental”.

European support
Without confirming – or denying – the reports about US President Donald Trump's interest in the company, the EU stated that the current European support for CureVac “is part of  coordinated EU response  to the public health threat of Covid-19.”

The European Commission has mobilised up to €140 million in public and private funding to support research. On 6 March – four days after CureVac management met with Trump and Vice President Mike Pence in the White House – “the Commission announced that it had selected 17 projects involving 136 research teams to receive funding of €47.5 million from its research and innovation programme, Horizon 2020.”

Developing antibodies
CureVac was founded in 2000 by Dr Hoerr.
The company uses genetic engineering techniques to “biologically optimise” message transfer in human cells, to “give the body information it needs to fight a disease” and promote the development of antibodies. Apart from the coronavirus, the company works on treatments against certain cancers, rabies, influenza and malaria.