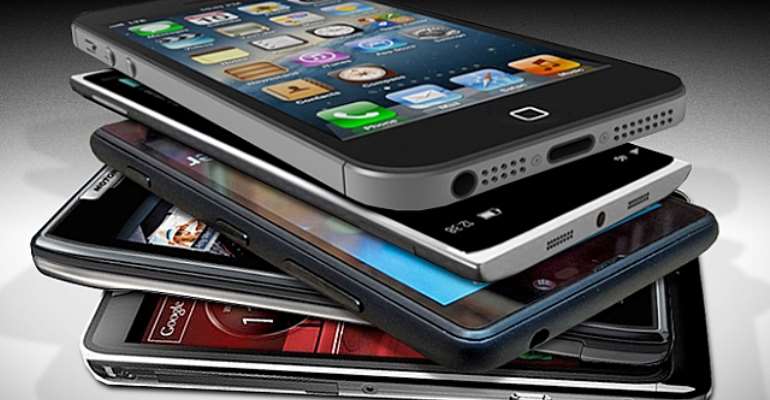 If I held a stake in those companies, I would still modify the cellphone, even more positive.

The new turnover is what is commonly known as the scientific revolution championed by a cross-sectional addiction to cellphones. Everyone is a victim, that is kind enough but do we try managing our victimized nature?

There is a set of substitutions in the world's calendar. Some human beings saw but we heard, 6000 different filaments were tried by Thomas Edison and so we possessed the bulb today.

But earlier, the obscurities were highly leveled on us, and we only had slight limelight which was good for our sights. It was called the lantern powered by kerosene and sometimes tubes.

On December 17, 1903, Wright Brothers saw success, as their new craft strolled the air the first time. So again we can move in the air with ease.

What is more dangerous than to fly, yet Wright brothers made it our peaceful means to travel even faster. Up to a month in the air, there is an assurance of safety however, the aircraft has its own insecurities.

Life in the current years can be enjoyable but enjoying all these moments of the new era, we can't detach ourselves from its insecurities. So long as it appears fascinating and comforting, we can't escape the contraries it possessed.

The negatives of the new era have got different intensities, we can talk about some being too severe in slow motion and others being lenient in supersonic. Sometimes when we instantly found out how dangerous somethings are, we quickly spiritualize ourselves with good advice as to how to handle their warnings.

For instance, the current situation with corona-virus is a typical one. We are highly scared and twice as careful as to how to escape its danger. But had we found it a mile one, our behavior with it would be the opposite. That is why our behavior with the cellphone is without careful usage even though it has got the ever terrible effect on man.

It all means, a threat at sight is much alerting than a hidden one but what can we confess about the cell phone that everyone else uses second after the second?

The distant sound which reverberates day in and out across our hearings is the focus so far mentioned. Today, it is the leading vessel. The effortless-fastest means to travel our voices but very dangerous. Do we not notice that?

The turn over of life is where the cellphone has been a dictate of suggestions. This device lifeless yet, it is the ever animated way through which our vestiges can be traced.

What needs to be clear, a lifeless device that delivers daily routines right before and after bed. Sometimes this device allows us to warmth 'itself' within the floor of our palms while sleeping. For what we put on, our focuses such as; the sight, the listening and sometimes the thinking are stronghold and controlled oriented- the cellphone's dictates. I mean the device dictates us too much.

Such is the new life the youngsters adopted and decided to live. No such room for heeding to the word of advice since everyone wants to enjoy the technology some.

But do we appreciate, on the streets, the new life likewise is the effort where vehicles and pedestrians compete for the same pavement to move? Meanwhile, a clear cut division is made for each to prance with ease.

Drivers and passengers compete in cars just to know who among them is the best hungry battery consumer of their cell phones. So worthless.

And after having led to the grave several drivers and passengers, certain individuals in certain organizations still are headless, hence decided to get into the cellphone contest competing for nothing.

None of them still forgot there is not an allowance for cellphone 'die-harders' except for those who rather rule their phones.

Now listen, it is when we try giving rightful direction to our phones that we may earn a lifelong certificate. That will be our allowances, because, with good usage habits we can obtain all other things we aimed at with the device.

'The opinion above is quite confusing but read it again.'

For refinement, no organization will ever employ battery consumers who consume the life of their cellphones at the expense of consuming their time for organizational objectives. We must be sharp (aware).

Even being sharp, we must be much more conscious of our duties anywhere we found ourselves. Rightfully, in organizations as stated early on, we should be the 'focus-eyers' and keen-listeners in our professionalism, if impossible, then let us remember about doctors and the nurses.

Their daily routines are given a new look as they love to adhere to their devices than adhere to patients on the hospital beds. Corona-virus is on the run with its eyebrows raised, busily influencing to infect the human body. Such is its work which it jokes not with.

But could we not also be busy with our duties as doctors who are urging to battle this disease with that same device called cellphone? Such would be a good habit whose habituation will be perfect salvation for the world today.

Doctors and nurses owe patients a clear focus when administering their works. But do you also know, they owe the state an oath of saving lives to their best of abilities because the life of the individual is the life of the state? But carelessness had objected to that fact, hence making lives fall, probably.

Which carelessness am I referring to, it is mainly the art of fixating on our cellphones at the wrong times? Should we then blame the cell phones or its users?

The device, the cellphone is more dangerous than covid-19 I say. And I entreat its medications to be found as part of the race in search of an aversion to corona-virus. If it is unbelievable then, I suggest cellphone companies situate 'blinks of threat detectors' in the phones for quicker alert of dangers in proximities.

Regardless, we can do the prevention much better by self-control', 'discipline' and keen than what the companies can do. That is the hardest panacea.

How do we squeeze for this panacea?

This panacea can be squeezed for only in this new era because we are highly sophisticated in mind and technology but what we need to know is;

Ease is the name for all we do today however, advancement is the name, not mainly for how smarter and quicker we can chase the phones when the social media calls out to us, it is rather, how slowly and carefully we can ignore the devices when we hear their voices at the wrong times.

Don't even murder a neighbor by reasons of a cellphone, for more for best, don't be killed by this cellphone through human street-friction with the car. If we look at that, we can boost the world through human resources.

The same cellphones are needed to cure corona-virus, won't we rather cater for that?

The new device - the cellphone, a threat to not only lives, the world. Do you agree? Then, let us correct how it is used.

Peace, I stand for guys, becalmed and unified.