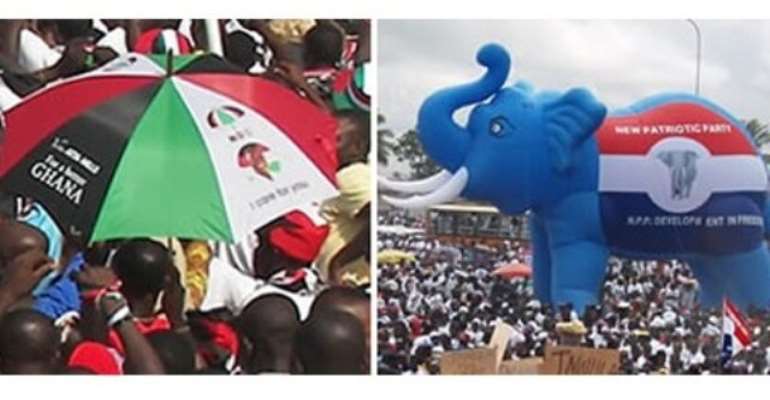 “A man cannot be comfortable without his own approval.” – Mark Twain.

If you don't tell people about your success, nobody, especially, your enemies will tell it. That got me thinking about the toot-your-own- horn theory which I believe in.

If, for example, you are an MMDCE in the northern part of this country where 'one village one dam' is under construction with some already completed and you shy away from inviting TV stations to cover the success story, who do you expect to toot the success story? And so these MMDCEs in the northern sector of the country sit comfortably in their offices and allow a pathological liar like Sammy Gyamfi from Accra to travel all the way from to the north to tell Ghanaians lies about the 'one village one dam' projects.

The guy said all the dams built have dried up. It took the beneficiary communities to debunk the lies. An outfit which is doing the government disservice is GTV which has offices in almost all the regions. It is rather the private TV stations which are leading the fight against misinformation while the staff of GTV sit in their offices waiting for the month to end for them to walk to the banks to receive their salaries which is paid from the Consolidated Fund. As for the Information Service Department, it is time for the government to dissolve it and replace it with the former Mobile Cinema Service, resource them and charge them to go out there to inform the people of what is happening as far as government programme is concerned.

During the days of Dr. Kwame Nkrumah and Prof. Busia, the Mobile Cinema could be seen in the villages, showing the people government programmes and even advertising new products manufactured by Ghanaian entrepreneurs. Recently, I had an opportunity to visit the north on an assignment and I took the opportunity to visit some dam sites to observe things for myself. What I saw and heard sharply contradicts what Sammy Gyamfi told Ghanaians when he went to the north. The guy is a wicked liar and Ghanaians should watch out because he can create chaos through his naked lies. During an interaction with some of the beneficiary communities, they were grateful to the Akufo-Addo administration for assuaging their suffering through the provision of the small dams. According to them, before the construction of the dams, they used to travel very far away to get water for their livestock and for other uses.

The Bible says you don't light a lamp and put it under a bed. The NDC members have no shame at all. Additionally, they are not big dreamers. For eight years, they ruled or misruled this country without dreaming of the construction of dams for the people in the north. Sadly, Mr. Mahama who is from that part of the country knows very well the problems of the people over there. He was an assemblyman, an MP, a vice-president and a president for so many years but he never dreamt of building dams for the people. His priority as a president was to order trees to be planted during the harmattan season and rear guinea fowls which later flew away to neighbouring Burkina Faso to return no more.

While the guinea fowls were 'flying' in the air to Burkina Faso, a Ford Expedition luxurious car was speeding on the Burkina Faso-Ghana highway towards the Jubilee House to be presented to Mr. Mahama as a gift from Mr. Kananzoe, who was awarded a juicy road contract by the Mahama administration. It was a matter of tit for tat, butter for bread.

Now when a visionary leader like Akufo-Addo started building dams to assuage the suffering of the people, John Mahama sent modern day Joseph Goebbels in the person of Sammy Gyamfi to travel to the north and tell the people that the dams have dried up. You see the era of using propaganda to deceive the people is gone with the win. With modern information technology, it is difficult to mislead the people.

Sometimes I do not blame this boy called Sammy Gyamfi because the NPP communicators are not doing their jobs well. Some of them sit in Accra and do not know what is happening elsewhere. Sometimes when I listen to them on TV or radio, I begin to think if they really know what they are saying. Take the issue of double track, for example; some schools which were practising the double track have stopped because the government and the assemblies for that matter have constructed classroom blocks to accommodate the students and yet the NPP communicators do not harmer on such a success story.

Yes, indeed, it is true that the government is not paying these communicators but they should remember what ex-President Kufuor told members of the NPP when he was in power. He said if your party is in power you are better off than a general secretary of a party in opposition. Having tasted the pain, agony and insults when the NPP was in opposition, members of the party, especially the communicators, should not wait to be given something before they defend the party. It was not for nothing that Dr. Spio-Garbrah said “opposition is hell”.

It is an undeniable fact that the NPP will win the December general election but complacency can cause the downfall of the party. Mr. Mahama, the most desperate politician in Ghana today, has served notice that the NDC would meet the NPP boot for boot, and he meant what he said. If you are dealing with an enemy who has recklessly revealed his weapon to you, it is always advisable to fasten a more potent weapon to meet him. That is why they say to forewarn is to forearm.