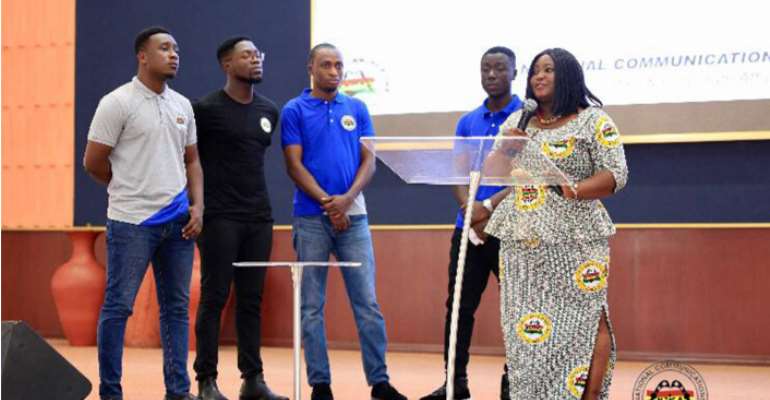 The Authority took advantage of the various platforms to promote and raise awareness on consumer rights and responsibilities within the communications industry as well as remind service providers of the importance of observing and enforcing consumer rights.

This year’s celebration was in two folds under the theme “Information and Education: the tools for consumer empowerment and protection”. Prior to the 2020 WCRD, the Authority engaged selected Muslim communities nationwide on 13th March 2020 and observed the main celebration with selected churches since it fell on a Sunday.

WCRD is celebrated on 15th March of each year to create awareness regarding consumer rights. It is an annual occasion for celebration and solidarity within the global consumer movement. Among the subjects areas of consumer education were the Consumer Complaint Process, Mobile Number Portability, Consumer Rights and Responsibility, Unsolicited Electronic Communications among others.

Over the years, the NCA has undertaken several initiatives on this day to protect the rights of consumers, these include engaging market women, bus drivers, and communities amongst others.

Prior to the occasion which fell on Sunday, the staff of the Authority engaged members of the Winneba Central Mosque and Church of Pentecost- New Jerusalem Assembly (Winneba).

Reaching out to about three thousand and nine hundred (3,900) worshippers, a team from the NCA Kumasi Regional Office engaged worshippers at the Naira Mosque, Grace Baptist Church and Calvary Charismatic Center. The platforms were used to educate consumers on consumer-related issues as well as their basic rights and responsibilities as telecom consumers.

In line with the theme for this year’s celebration, Officers from the NCA engaged the Dabokpa Technical Institute Central mosque and Light House Chapel in Tamale. The Tamale Zonal Manager, Mr. Abukari Iddrisu in introducing NCA to the various congregation reiterated that the NCA considers consumer’s involvement in its activities as well as sharing of information to be vital for the efficient regulation of the electronic communications industry, hence, the need to often educate consumers.

The World Consumer Rights Day celebration was successful at the Bono Region as the NCA embarked on outreach to educate consumers on issues that directly affect them. The outreach took place at the Sunyani Mission Mosque and St. Anthony Church.

For the Eastern Region, this year’s World Consumer Rights Day was marked at the Central Mosque and the Central Assemblies of God Church in Koforidua. The team concentrated on educating and informing consumers about their rights and responsibilities on communication services as well as the avenues put in place by the Authority for proper redress of their complaints where necessary.

Participating consumers were equipped with consumer-related knowledge and educational materials to serve as a reference guide.

Consumers in Accra were not left out of the celebration. The Ghana Muslim Students Union – UPSA and the Charismatic Evangelistic Ministry were engaged and educated on their rights.