Dumsor Not Due To Financial Problem – Energy Minister 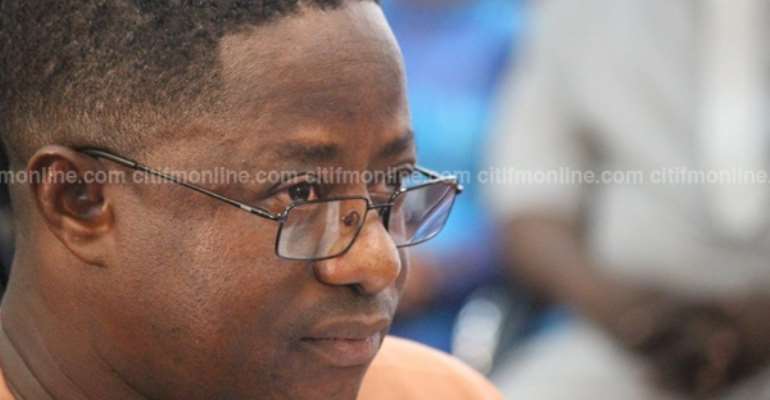 The Minister of Energy, John Peter Amewu says there is enough financial backing to generate enough power for the country.

This is contrary to assertions that recent power outages are due to the government's inability to procure fuel for power generators to produce electricity for consumption.

The country has been experiencing widespread power cuts for about a week now with intermittent power outages almost every other night.

Earlier this week, the Ghana Grid Company Limited (GRIDCo) blamed the blackouts on a performance test on a new regulating and metering gas station in Tema.

Member of Parliament for the Bongo Constituency and a former Head of Communications at the Energy Ministry, Edward Bawa who made the claim argued that the country's energy sector is confronted with severe financial challenges coupled with unprecedented net arrears of about US$4 billion and indebtedness of US$1.5 billion owed private power producers.

Energy Minister John Peter Amewu denied any financial challenges in his sector and rather assured that Dumsor is a thing of the past.

“I can assure you that, a lot of measures have been put in place for the stable supply of power. I want to get to my room and see the lights on if once a while you witness light outs, it has nothing to do with power generations. We have sufficient generations and sufficient financial backing too. Dumsor is a thing of the past. This is what someone has done to this country and we must make sure we move from it. We have learned from the negative past and then build on to achieve something significant. We are not in the era of Dumsor, we are in the era of progressive regime and era of effective energy industry management and era where we want to make sure energy becomes the engine of growth to trigger the growth of this economy.”

The Ranking Member on Parliament's Mines and Energy Committee, Adam Mutawakilu, had bemoaned the surge in erratic power supply also known as dumsor in recent times.

According to him, power cuts reveal the deep-seated challenges in the energy sector that ought to be tackled.

Addressing the media, the Damango MP called for the release of a load shedding timetable.

“No gatherings mean that those who mostly go out for prayers at churches and mosques will now stay home. We expected that you as a concerned President will ensure that we will not experience dumsor but dumsor is at its peak for no apparent reason. Because we have enough installed capacity. He [the President] complains of excess capacity. This is the time we need the excess capacity to come to play. Excess capacity is for situations like this where people stay more at home. If demand is increasing, you should be able to meet it. But the dumsor that we are facing is more of a disaster.”