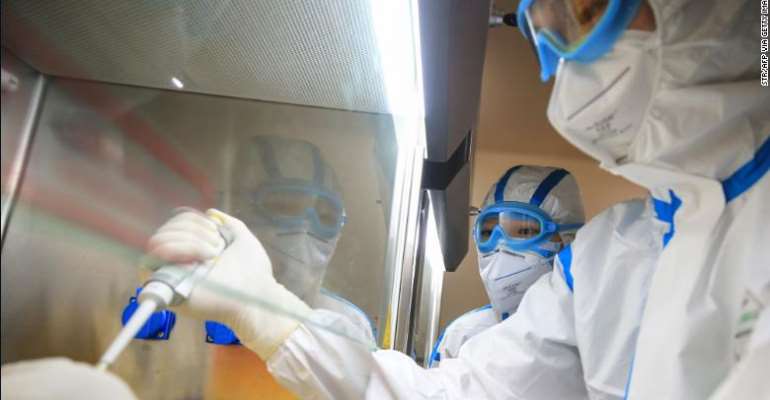 A MARRIED man in quarantine with coronavirus is in a sweat because he caught the killer bug during a secret trip to Italy with his mistress.

His unsuspecting wife is now in self-isolation, unaware of how her cheating husband caught the disease.

He confessed to public health coordinators in the north of England how he picked up the killer bug following a secret break overseas.

The unnamed patient - in his late 30s - told his wife he was away on a business trip in the UK, and she has no idea he visited Italy.

He presented himself to a hospital on return with coronavirus symptoms - and tests revealed he has Covid-19.

The man, described as "well-heeled and with a high-flying job", told doctors that the affair was with a woman, but has refused to name her.

His wife has now self-isolated at their lavish home in the north of England.

A source told The Sun: "This patient is the talk of public health officials.

"His case would be funny if it wasn't quite so serious.

"The man confessed what he'd been up to in Italy, and that his wife has no idea.

"She thinks he just picked up the disease on his business trip away.

"Although the patient admitted to medics what had happened, he said nothing would persuade him to name his mistress.

"Despite his infection he is expected to survive the outbreak, unlike his extra-marital relationship.

"He thought he had the perfect alibi to carry out his affair, but hadn't reckoned on the coronavirus meltdown. The patient is just relieved he got home before flights were cancelled - that would have taken some explaining.

"He's in a blind panic, but more about his adultery being exposed rather than his health."

Italy has been the hardest hit European country by the coronavirus pandemic, with 2,158 deaths. The oldest was 95 and the two youngest were 39.

The country is in lockdown and the Italian authorities have advised against all but essential travel.

However there was a glimmer of hope in the worst affected country after China and under lockdown for a week.

It yesterday announced 349 deaths, taking its toll to 2,158, but said the worst-hit region of Lombardy was beginning to show signs of a possible slow down in the spread of the virus.

Its governor Attilio Fontana said: "The increase is not a sharp a rise as it was two, three days ago. Let's hope it is the start of a trend reversal."

An almost empty Via Condotti street is seen as the Italian government continues restrictive movement measures to combat the coronavirus outbreak, in RomeCredit: Reuters

The most common signs of coronavirus in confirmed cases of Covid-19 from China up to February 22, 2020