Stinky UNIPASS Deal: How Ghana Link Got Kicked Out From Sierra Leone Over Contract Breaches 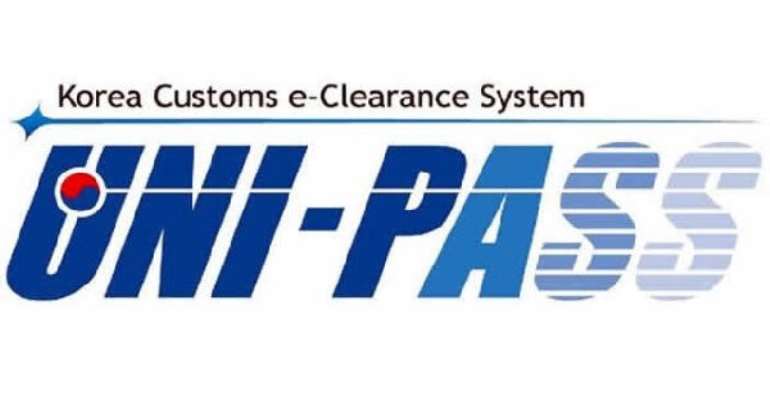 Instructively, repeated efforts to establish a working single window platform in Ghana, by Ghana Link itself in partnership with UNIPASS of South Korea, have also so far failed, forcing importers and exporters to continue using the eminently successful platform introduced and operated by GC Net in partnership with West Blue, both of whom have had their contracts terminated by government to accommodate the so far unsuccessful UNIPASS platform.

In neighbouring Sierra Leone, Ghana Link used its subsidiary, Africa Link to secure a contract from the government on April 13, 2012, which among other things mandated it to develop, implement and keep up-to-date a computerized risk management system for verification of imports. The agreement was ratified by Parliament on June 16, 2015.

Furthermore, on August 27,. 2012, Sierra Leone’s Ministry of Trade and Industry instructed the general manager of the Sierra Leone Ports Authority to hand over the scanning of containerized cargoes to ALIC as well in line with a presidential directive which however was not ratified by Parliament.

However, following a formal request for information relating to the management of ALIC, the ministry of finance instructed its internal audit department to undertake a review of ALIC’s documentation and activities, covering the period 2012 to 2018.

The ensuing review revealed that ALIC had failed to fulfil its mandate with regards to developing a single window platform, comprising a trade net messaging software which allows end users, declarants, ministries, departments and agencies to exchange data through the system. The review also revealed that ALIC had not fully complied with its contractual obligation to provide local and overseas training programmes in the areas of computerized risk management system, transaction price data and other aspects of inspection.

Additionally, the review discovered no evidence that ALIC had paid corporate tax to the Government of Sierra Leone. Indeed, a tax audit conducted by the National Revenue Authority revealed that the company had accumulated unpaid tax liabilities of about 45 billion Leones. Indeed, it was revealed that ALIC claimed to have taken a US$4 million loan from its parent company, Ghana Link with an interest rate of 30 % per annum. This conflicted with ALIC’s own financial statements which put its capital at just one billion Leones and unsurprisingly, the Sierra Leonean authorities concluded that the loan – whose rate of interest is unheard of under contemporary global capital markets interest rate structures for dollar denominated debt – was a fiction devised to avoid paying corporate tax despite having receiving 110 billion leones in inspection income – this being its share of 137 billion in total inspection fees collected from inception to June 30, 2018 – and another 26 billion leones, this being 70% of a total of 38 billion leones paid by importers as scanning fees.

In view of these, and other material breached of pertinent provisions of the agreement, the legal opinions of the Principal Legal Adviser to Government, as well as the Attorney General and Minister of Justice, were sought by the Minister of Finance, and on December 18, 2019, they formally presented grounds for termination of the contract by the government.

Consequently, the Chief Minister directed, in correspondence dated January 30, 2020, that the contract between the Government of Sierra Leone and ALIC be terminated, and that the National Revenue Authority revert to its traditional responsibility of carrying out all destination inspections for all goods and services, without charging additional fees or taxes to customers; under the agreement with ALIC, the company had been taking 80% of the 1% of Freight on Board (FOB) in destination inspection fees paid by importers.

The Government of Ghana now faces the prospect of defending its decision to award the design and deployment of a single window trade facilitation platform to a company that failed to deliver in a much smaller jurisdiction with much smaller international trade traffic, while evading both its corporate tax obligations and its training responsibilities.

The inability of Ghana Link to operate a single window platform in Ghana is now made understandable by the company’s history in Sierra Leone – it simply lacks the expertise. This also explains why government has requested GC Net and West Blue to pass on their own hugely successful platform to the Ghana Link – UNIPASS partnership, a request which unsurprisingly has been rejected by the former, who are smarting from being replaced by apparently provenly incompetent operators.

The latest revelations will make government’s task, of upholding a widely unpopular – and now provenly unwise – decision on the replacement of GC Net with UNIPASS, all the more difficult.