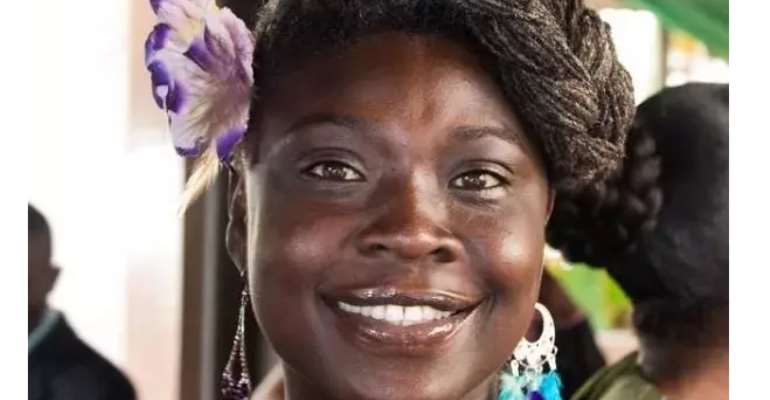 Oheneba Akua Manfo known in the media circles as Blakofe has noted that Becca used to be her favourite fan until she started bleaching her skin.

Blakofe noted that Becca is bleaching her skin to please her Nigerian husband, Dr. Oluwatobi Sanni-Daniel.

According to Blakofe, she is surprised at the behaviour of Becca who used to admonished women to remain natural and love their skin colour is now engaging in this trade herself.

“I’m no longer a fan. She looks disgusting. Because Nigerian women are “fair” she wanted to look that way for her hubby? And sorry to say, but men who go down on women who bleach, doesn’t it affect their brains? Sucking those chemicals? How do they deal with smelly skin, especially down there???? Because I know bleached skin smells, so down there dierrrrr… Yuck yuck yuck.”

Becca, born Rebecca Acheampong, Becca is a singer and actress. Born August 15th, 1984, in Kumasi the Ashanti region, West Africa Ghana as the first girl and fifth born of nine children from a religious Christian family.

Becca came into music as she qualified as a contestant in the second season of the hit singing competition, Mentor on TV3 a Ghanaian televison station.

She however turned out the opportunity after qualifying into the final 12 due to certain misunderstandings between her management and the organizers of the show and also on her personal grounds. After opting out of the competition, she started working as an upcoming solo artiste till she was signed by Kiki Banson on the EKB Records.

On EKB, she started working on her debut album, “Sugar”, which made Becca a household name in the Ghanaian Music Industry in 2007. She studied at Morning Star School and after she had her high school education at one of the prestigious girls’ school in Ghana, precisely Wesley Girls’ SHS in Cape Coast. She furthered her education in Croydon College, London. In Croydon College she studied to become a fully qualified Childcare and education worker. Becca also studied at Ghana Institute of Management and Public Administration (GIMPA).