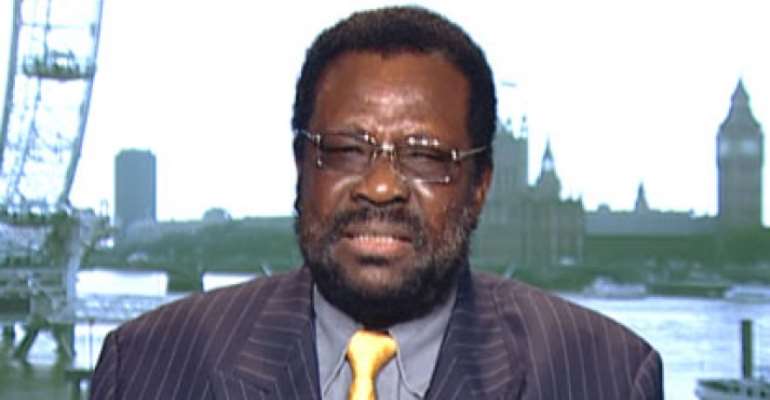 This coronavirus disease is a frightening thing, isn't it? Worse, there is so much that's not quite as straight-forward about it as it could be.

For instance: All the six cases confirmed in Ghana so far, involved people who had travelled TO Ghana from outside.

The logical question to ask is this: Were they given the preliminary test ascertaining their temperature, and other symptoms of possible infection, BEFORE THEY BOARDED THEIR PLANES?

If so, isn't it strange that no detection of the PRELIMINARY stages occurred on them before they were allowed to board their planes, whereas – presumably – their symptoms were spotted, relatively shortly after they had landed?

I realise, of course, that the victims' symptoms might have been slow in setting in, and became manifest only AFTER they, as passengers, had boarded their plane.

But surely, it is evident that the symptoms could not have surfaced all at the same time?

In the case of a currently notorious pandemic as Coronavirus, would one not be right in expecting that some of the symptoms would become recognisable in afflicted passengers BEFORE their flight? After all, most flights from the popular embarkation points to Ghana, do not last

more that ten to twelve hours?

I hope the World Health Organisation (WHO) will try and see the Ghana conundrum as worth investigating. If necessary, the WHO should tighten its guidelines regarding embarkation procedures in force in the countries where the disease is now raging. Meanwhile, Ghana and other African countries deserve commendation for preventing certain categories of persons from being allowed to board planes flying to their airports.

The guidelines WHO has published on its website do request information from countries on detected Coronavirus patients. They ask whether a person was seeking healthcare, due to “suspicion of COVID-19 detected at point of entry” or as a result of “routine respiratory disease surveillance systems (e.g. influenza)”.

Talking of influenza, I remember the first time I heard the word was when my grandmother and her friend were exchanging views on how the world had changed!

It started with an argument over which of them was older than the other:

“Ho, so you think you are older than me?”

“Okay – when mfriwansa came, had you gone to the backyard [menstruated for the first time]?

And that settled the matter.

Mfriwansa was their name for the influenza epidemic that hit the “Gold Coast” in the year 1918-19. Apparently it came from Spain [it was nicknamed “The Plague Of The Spanish Lady”] and is estimated to have killed about 20 million people round the world. Indeed, it killed more people in the one year [1918]of its occurrence than the four years of the First World war (1914-18).

The epidemic has been described as “the worst outbreak of infectious disease in world history.”

Whatever claims might be made for “the sixth century Plague of Justinian or the Black Death of the fourteenth century” (one Report says) “it is believed that at least twenty million people died “ as a result of that global outbreak of influenza, that is, “more than twice the number killed in military action in World War I.”

However [notes the Report referred to] “despite the enormous loss of life, historians have largely ignored the pandemic, and most of what has been written focuses on North America and Western Europe. Africa, Asia, and Latin America have received minimal attention.” Even the most “notable contribution to the meagre literature [by Alfred W. Crosby, Epidemic and Peace, (Westport, Conn., 1976)] had “relatively little material on the non-Western world in general, or Africa in particular.”

Although at least 1 to 2 million AFRICANS were killed by the influenza pandemic, general surveys of it provide “little information on Africa and historians of the continent have thus far given scant attention to [the] influenza [outbreak] just as they are only now beginning to address most questions concerning health and disease.”

Influenza [the Report says] is caused by a virus which is transmitted from person to person by the respiratory route [just like the current Coronavirus). Many influenza deaths were actually caused by pneumonia resulting from secondary bacterial infection of lungs weakened by influenza.... Even today there is no chemotherapy for influenza, but antibiotics have been available to control secondary infections since about 1945. Reasonably effective vaccines were not developed until the 1950's, and, since the virus is genetically labile [liable to change; easily altered] new vaccines must be developed to cope with new strains.

The pandemic of 1918—19 was caused by the sudden creation, by mutation or perhaps by genetic recombination with a swine influenza virus, of a particularly virulent strain against which people had no previous exposure, hence no immunity.

The Gold Coast was totally unprepared for the influenza epidemic. Pre-war prosperity, based largely on cocoa exports, had permitted a modest improvement in administrative and health services, but the demands of the war had reduced the political and medical staffs to almost skeleton levels.

“By early 1919 there were only forty-three government physicians [in the Gold Coast], five of whom were administrators. Ten budgeted positions were vacant.”

Influenza was not unknown in the Gold Coast before 1918. A pandemic of 1889—93 reached the country in 1891, causing a number of deaths, and a few cases were recorded annually after that. Thus, colonial physicians, like their medical colleagues around the world, did not know what caused the epidemic, how to arrest its progress, or how to treat its victims.

On 28 August 1918 , the Governor of Sierra Leone wired his counterpart in Accra that Freetown had influenza and that all ships reaching the Gold Coast from England or Sierra Leone should be considered infected.”

But “the warning was too late. [A ship called] the SS Shonga, an American vessel outbound from Freetown, reached Cape Coast on 31 August 1918”

The town was “almost certainly infected” by Shonga's brief call. The Shonga proceeded eastward and by 3 September [1918] it had reached Accra. virtually the entire crew was sick. Sixteen of the most serious cases were landed and hospitalized. The vessel and the crewmen were quarantined, but there was little hope that the infection could be contained.

“Quarantines and other preventive measures were futile and therapy, African or British, could do no more than alleviate symptoms. Influenza struck the majority of the population, but mortality rates varied regionally and, to some extent, by occupation.... [It] killed 100,000 or more people in less than six months and was almost certainly the worst short-term demographic disaster in the history of Ghana.” – From: The Ininfluenza Epidemic of 1918–19 in the Gold Coast by K. David Patterson (The Journal of African History / Volume 24 / Issue 04 / October 1983, pp 485 – 502.)

K David Patterson's account of the British colonial Government's handling of the influenza epidemic makes harrowing reading and shows clearly that the colonial administration of the Gold Coast was not only callous at times but largely incompetent.