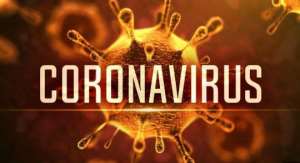 Residents of Sekondi - Takoradi have expressed concern as the country has recorded 6 confirmed cases of the deadly coronavirus (COVID-19).

The virus, which has affected over 100 countries globally with a death toll of more than 4, 291 from over 188,000 reported cases across the globe according to the World Health Organization (WHO), has become the topic for discussion within the metropolis.

A visit by the Ghana News Agency to the business district of the Metropolis revealed that though the people are scared of the virus they are still going about their businesses.

A manager at the Societe General bank, who only gave his name as Mr Fredrick, in an interview with the Ghana News Agency, said his outfit has received information from the head office to sensitize all staff on how to prevent them from contracting and spreading the virus.

He said, it was so sad that the world has to experience this at the beginning of a new year and that the coronavirus outbreak has halted many businesses internationally and domestically.

The bank manager said with rate at which the virus was spreading, it would be prudent that government closed all borders, schools and also suspend or ban public gatherings to prevent the spread of the virus.

She said there is also the need to intensify public education especially in the rural areas where they lack firsthand information on how serious and dangerous the virus was and also how to stay safe.

He said though handshake as a form of greeting was very important in the Ghanaian traditional settings, people should follow the directives from health professionals by avoiding handshakes and also advised that people should wash their hands with soap and water regularly and also use hand sanitizers to avoid the spread of the covid19.

A worker at the National Health Insurance Scheme (NHIS) said, he was very aware of the virus and that the only way to avoid contracting the virus was for people to use nose protector in public places, avoid handshakes and maintain personnel hygiene to prevent the spread of the virus.

He suggested that school authorities should consider closing all schools especially those from the basic schools should the situation become critical since children were more vulnerable in contracting the virus.

Mr Alfred Amponsah, the assistant station master at the Takoradi - Cape Coast Transport Station, said though they have heard of the two confirmed Covid 19 cases, they were going about their businesses as normal.

He suggested that the appropriate authorities should extend public education on the deadly virus to the various lorry stations in the Metropolis.