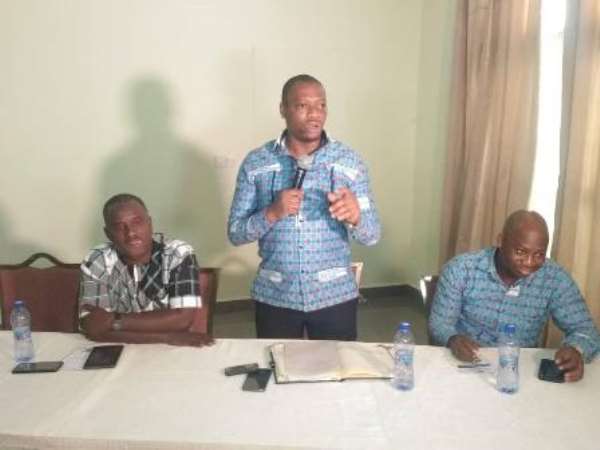 The National Accreditation Board (NAB) has called on individuals and groups who want to establish tertiary education institutions in the country, to direct their plans towards Science, Technology, Engineering and Mathematics (STEM-based) programmes.

Dr Kingsley Nyarko, Executive Secretary of NAB, who made the call at a seminar for journalists in Tamale on Saturday, said the STEM-based programmes were focused areas the country needed to succeed in terms of industrialisation.

The seminar, attended by journalists drawn from the Northern, Upper East, Upper West, North East and Savannah Regions, was to inform and educate participants on the mandate and operations of the NAB and provide the platform to brainstorm over the importance of regulation in the tertiary education sector to ensure quality.

It has been observed that many tertiary institutions in the country offer liberal arts and humanity programmes compared to STEM-based programmes, which the country requires to drive her industrialisation agenda.

Dr Nyarko said the NAB was willing to accredit STEM-based programmes emphasising that “We are also not saying that liberal arts and humanity programmes are not going to be encouraged. What we are saying is that if the programme is relevant and will add to our socio-economic development and progress, we will accredit those programmes, but our priority is on STEM-based programmes.

He said the President's agenda was to industrialise the country, adding “you cannot do that without having a strong STEM-based education” hence the call.

He spoke about the core mandate of some of the tertiary institutions in the country and emphasised the need for them to develop niche in specific areas such that they would be noted for those programmes.

Mr Yakubu Abdul Majeed, Northern Regional Vice-Chairman of the Ghana Journalists Association expressed gratitude to the NAB for sensitizing journalists on its mandate and operations saying it would help to better educate the public to prevent unaccredited institutions from enrolling students for their programmes.