Coronavirus: Schools Shut Down In Ho 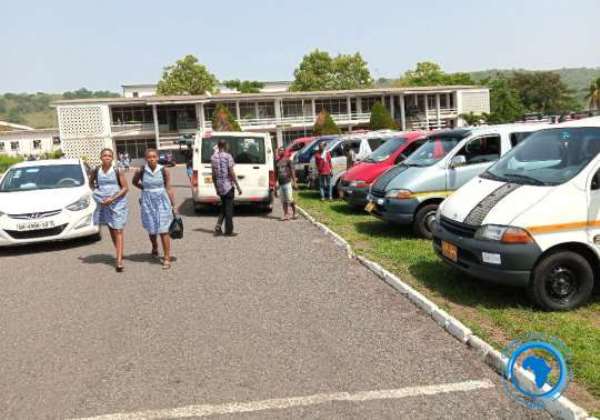 Schools in the Volta regional capital, Ho, have been closed down in compliance with President Nana Addo Dankwa Akufo-Addo's directive to prevent the spread of coronavirus in the country.

At about 0730 hours the Ghana News Agency spotted scores of pupils rushing home from school.

An eleven year old boy, a pupil of Adaklu-Kodzobi Basic School said they were asked to go home due to the Coronavirus pandemic.

The GNA saw all classrooms locked with a few pupils gallivanting the school compound.

First and second year students of secondary schools have also been asked to go home.

Mr Jonathan Gustav Adomah, Headmaster of Mawuli School said day students were released to go home on Monday, while arrangements were being made for borders to leave on Tuesday.

"We can't just ask the borders to leave today. Some may not have money for transportation so we are making all those arrangements for them to leave tomorrow," he told the GNA.

The situation is not different at the OLA Senior High School, where commercial transport operators were cashing in on the situation.

Dr. C.K. Amehoe, Registrar, Ho Technical University (HTU), in a notice to the University community, said the Vice-Chancellor, acting on behalf of the Academic Board and in consultation with the Chairman of the University Council announced the closure of the University with immediate effect for four weeks in compliance with the President's directive.

Students of the University of Health and Allied Sciences (UHAS) have also been given up to Wednesday, March 18, to vacate all school premises and handover their keys to the authorities, Mrs Maria Gwira, Director, Public Affairs of the University told GNA.

Mr. MacLiberty Misrowoda, Assistant Registrar, Evangelical Presbyterian University College (EPUC), a private University in Ho, said they were on vacation hence not feeling the impact much.

GNA gathered that UHAS and HTU were making plans to hold lectures via electronic means.

Students of the Ho Nurses Training College were however in class at about 0900 hours.

Staff at the College's general office said the Principal went for a meeting at the Regional Health Directorate and so could not comment on the issue.

Meanwhile, President Akufo-Addo's directive on the closure of schools and the need for precautionary measures by individuals and institutions is the talk of town with many people commending the President for the foresight.

Some also called for the closure of club houses and drinking spots as clients may not be able to manage themselves well when under the influence of alcohol.

A few people were seen in town and the central market wearing nose masks and gloves.

Some of the people that complained about the increase in the price of hand sanitizers said it was going up from GH¢ 10.00 to GH¢ 50.00 and appealed to Government to intervene.