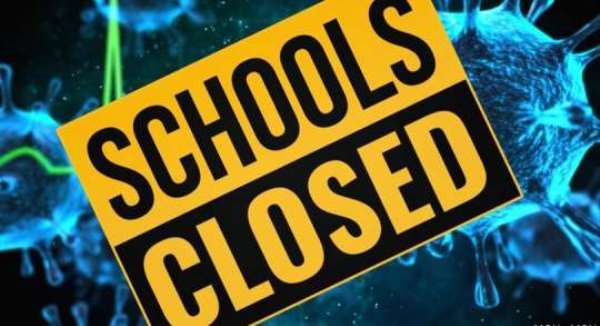 Schools in the Tema Metropolis and its environs remained closed on Monday in accordance with the President's directives as part of measures to prevent the spread of deadly COVID-19.

Visit to some schools by the Ghana News Agency revealed that they were under lock and key while a few teachers were seen in some schools to direct those who reported to school despite returning home.

Some students who reported to school and seen returning home told the that they were not aware of the President's directive since it was issued late in the night when they were already asleep.

According to them, their teachers however instructed them to return and stay at home for the next four weeks.

Miss Regina Ababio, a student, said she would use the period to learn on her own and urged others to do same instead of playing.

Meanwhile, on Sunday, most churches made available hand sanitizers for their congregations as a form of protecting members from contracting the disease.

At the Good Shepherd Catholic Church and the Saint Andrews Methodist Church, worshipers were required to use hand sanitizers before entering the church.

At the Redemption Congregation of the Presbyterian Church of Ghana, members were asked to wash their hands as the church had provided a drum fixed with a faucet filled with water, liquid soap and tissue at the main entrance of the Church.

Medical officials also educated church members on the symptoms of COVID-19, how to observe good personal hygiene and what to do when experiencing any of the symptoms.

Visits to some pharmacies also revealed that they have run out of sanitizers as according to them they sold all within five minutes after restocking adding that they were also running out on rubbing alcohol as people were also buying it an alternative to the sanitizers.