Coronavirus: Close Down All Public Service Institutions To Help Us Monitor Our Children For Being Home — Parents 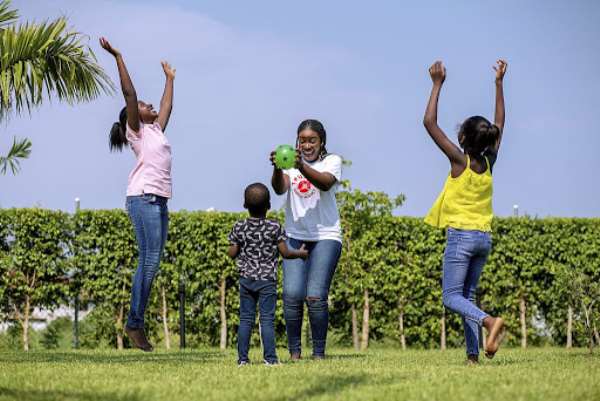 Some parents have advocated for the closure of public service institutions to enable workers keep an eye on their children as government temporarily closes down schools.

They argued that closing down schools, was not enough if parents would have to go to work only to contract the disease and go home to spread it to their children.

The public servant parents, who were randomly interviewed by the Ghana News Agency () in Bolgatanga, said critical observation of the school children clearly showed that they were more exposed, however, the preventive measures adopted by government would be more effective, if the parents stayed at home and guided their children.

Mrs Juliana Abilba, a mother of four at Fountain Gate International School (FGIS) in Bolgatanga, said even though the President took a bold decision to close down private and public schools, the directive was not preventive enough to stop the deadly virus from infecting families, especially children.

She said the normal practice was that parents sent their wards to school, and gave care time to teachers “but as we speak now, we have to leave the children at home without anyone to care for them and we can't also take them to the office”.

She therefore proposed that government should temporarily close down public institutions to protect the citizenry, especially families from contracting the disease.

Mr Henry Adivila, a businessman, who deals in pharmaceuticals, said he appreciated the President's directives “however, they may not yield the desired results should the children be left at home and parents go to work to contract and spread the disease at home”

He also proposed closure of all public institutions for a period of two weeks to reduce physical contacts as part of efforts to reduce infections of the coronavirus and keep citizens safe.

He said that the bankers were exposed when rendering services.

“As we directly deal with clients, we are even exposed more in spite of all the preventive measures being taken by the bank, because we still have to assist clients to fill forms, they stay with us all these while, they touch the tables other clients follow suit and many more come in a day, "he said.

According to Mr Alemiya, “Government should extend the closure to all public institutions including; the banks” and suggested that the banks “should keep skeletal staff and ensure that ATMS were functioning to reduce human to human contact”.

The Ghana News Agency sought public opinion to measure citizens' appreciation of the President's announcement of closure of schools and limitations to some social gatherings and how the directive was affecting the citizenry.