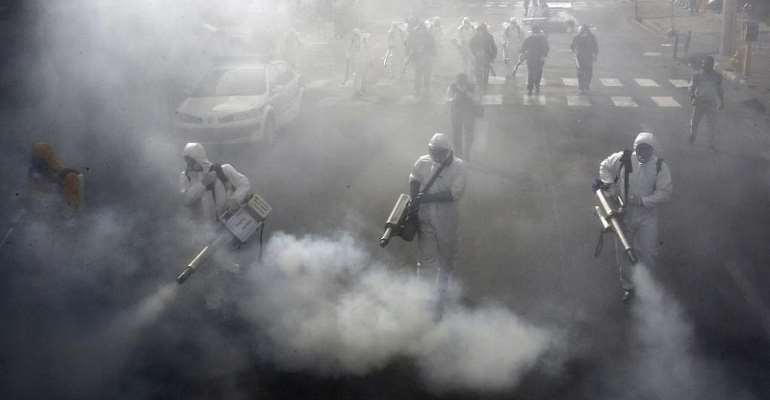 Iran- the world's third worst coronavirus-hit country- says it temporarily released 85,000 prisoners from its jails to deal with the virus that has infected the country's penal system as well. Tehran mobilized its main fighting forces, the Revolutionary Guard Corps (IRCG) and the army to help out too, but it doesn't manage to roll back the effects of the virus yet.

“In jails, we have taken precautionary measures to confront the outbreak,” Iran's judiciary spokesman Gholamhossein Esmaili was quoted as saying by Reuters press agency, adding that “some 85,000 prisoners have been released.”

He did not say if, or when, the prisoners have to return to their cells. It is not clear if foreigners, including French and Frenc-Iranian academics Roland Marchal and Fariba Adelkhah, are among them.

The fate of British-Iranian researcher Nazanin Zaghari-Ratcliffe, who was recently suspected  of having contracted the coronavirus, is not clear, nor is it known if Australian researcher Kylie Moore-Gilbert is still in prison.

The holy shrines of Imam Reza in Mashhad, Fatima Masumeh in Qom and Shah Abdol-Azim in Tehran were shut until further notice" upon the orders of the anti-coronavirus headquarters and the health minister," according to the station.

Ukrainian passenger jet
And last week, Iran's Revolutionary Guard Corps (IRGC) was mobilized to sweep and disinfect the streets, and talk people into getting back into their homes so as to decrease the risk of mutual infection.

“Around 650,000 volunteer Basij forces are disinfecting public places across the country while thousands of others are helping medical teams detect the cases,” according to General Hossein Salami, Chief Commander of the IRGC

Its commanders likely hope it also get rid of something else that is eating away the Iranians: the public disenchantment over the IRGC shooting down a Ukrainian passenger jet in January, killing all 176 people on board, most of them Iranians.

Makeshift hospitals
When results were not immediately visible, Iran called in the army to step up efforts. Iran's armed forces were to be deployed in all cities “to contain the spread of coronavirus” according to the official IRNA news agency has reported, that also said that the army is “setting up makeshift hospitals and helping medical companies boost emergency products, disinfecting garrisons and streets, and distributing disinfectants among people.”

Mutual hostilities
According to Irna News Agency, Russia has urged the US to lift sanctions in Iran, saying that the measures have cost the country over $200 billion and is “hampering Iran's campaign against the coronavirus pandemic.”

But the US is not willing to lift sanctions any time soon, as mutual hostilities continue in Iraq, with Iranian-controlled groups targeting US and Iraqi army facilities.