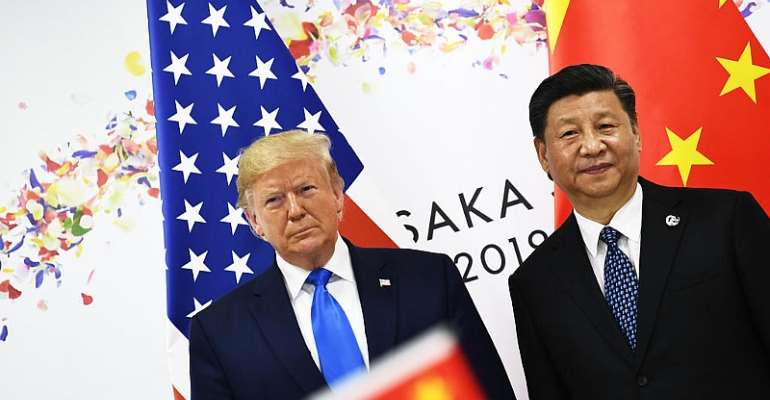 China on Tuesday hit back after the US President Donald Trump described the coronavirus that's gripping the world as “Chinese”. A  foreign ministry spokesperson, however, said the accusation was little more than an inaccurate smear.

In a tweet that followed his address Monday warning of a possible recession, Trump said the United States would be “powerfully supporting” airlines and other industries particularly affected by the “Chinese Virus”.

China's foreign ministry spokesman Geng Shuang told reporters  replied that the US should “take care of its own business” before seeking to stigmatise China.

"We urge the US to correct its mistake and stop its groundless accusations against China,” he said.

Meanwhile China's Xinhua news agency described Trump's words as “racist and xenophobic”, saying they were an indication of his “irresponsibility and incompetence”.

Several Trump Administration officials have referred to the virus that causes the disease Covid-19 as Chinese, with Secretary of State  Mike Pompeo repeatedly calling it the “Wuhan virus”.

The first cases of the Covid-19 were recorded in late 2019 in the Chinese city of Wuhan, but experts say it is not exactly clear where the virus came from.

The World Health Organisation, which coined the term Covid-19, and the US Centres for Disease Control and Prevention have warned against linking the virus to any particular area or group.

More than 170,000 coronavirus cases have been recorded worldwide, with more than 80,000 in China. On Tuesday Beijing recorded just one new domestic case, with all other cases brought into the country from abroad.