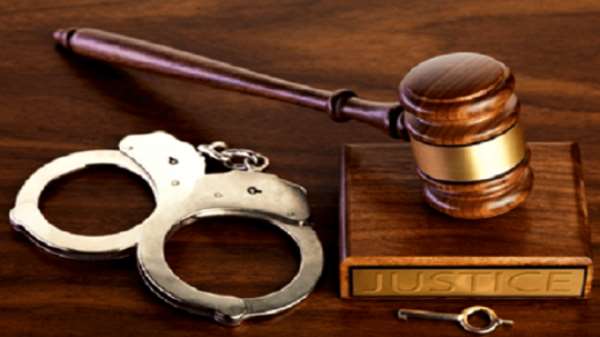 Six persons have been remanded into police custody by an Agbozume District Court on charges of allegedly murdering one Gershon Tetteh on February 24, 2020, at Kpoglu, a suburb of Klikor in the Ketu South Municipality.

The court has issued a warrant for the arrest of others, who are alleged to be involved in the planning and execution of the crime.

Police Corporal, Prince Dogbatse, Public Affairs Officer of the Volta Regional Command said, Police preliminary investigations revealed that the deceased and the accused had a legal tussle over some parcels of land, where judgement was entered in favour of the deceased at an Aflao Magistrate Court.

He said Kofi Gbafa subsequently filed an appeal against the judgement at a Ho Magistrate Court that is still pending.

He however said those at large, contracted Ishmael Kutorwu, Dodzi Kpetsigo, Agbeko Gbadago and Saviour Agbahodey, also at large, to kill the deceased and promised them land as a reward.

Mr Dogbatse said the Regional Police Command is assuring the public of its readiness to deliver on its mandate and would stop at nothing to prevent and punish criminals.

The Command is therefore urging the public to volunteer relevant leads to arrest the suspects at large in this matter and also that of the killers of the late Marcus Mawutor Adzahli, who was an Assembly member at Sogakope. GNA

‘We Won’t Tolerate LGBTQ+’ —Ga Chiefs back criminalization b...
20 minutes ago