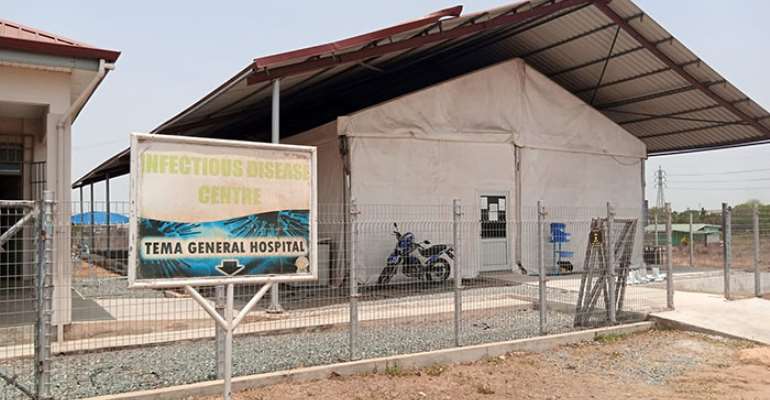 Some health workers at the Tema General Hospital, one of the facilities designated as 'Coronavirus Management Centres' have raised concerns about the security at the centre.

According to them, lack of proper security at the isolation centre puts the lives of patients in danger, and could make the fight against the disease more difficult.

“Infected patients who have intentions to infect other people in an attempt to spread the virus can escape from the centre. I think the security here is not enough and I believe the health authorities will take steps to put stringent measures here,” a health worker told DAILY GUIDE yesterday.

“We all know that to be quarantined is like imprisonment and most people don't like it so they might try to escape but the person can be arrested or prevented from fleeing when there is proper security,” he added.

Government has designated the Ridge and the Tema General hospitals — both in the Greater Accra Region—as centres to manage possible cases of coronavirus in the country.

An unconfirmed report indicates that there was an attempt by a patient quarantined at the facility centre in Tema to escape from the hospital.

The patient was said to have escaped from the Infectious Disease Centre where he was scheduled to undergo testing and possible treatment.

The escapee is reported to have been referred to the Tema General Hospital from a local hospital.

He was, however, transferred to another facility for treatment.

Your dictatorial, political bloodshed will be responded, we ...
18 minutes ago