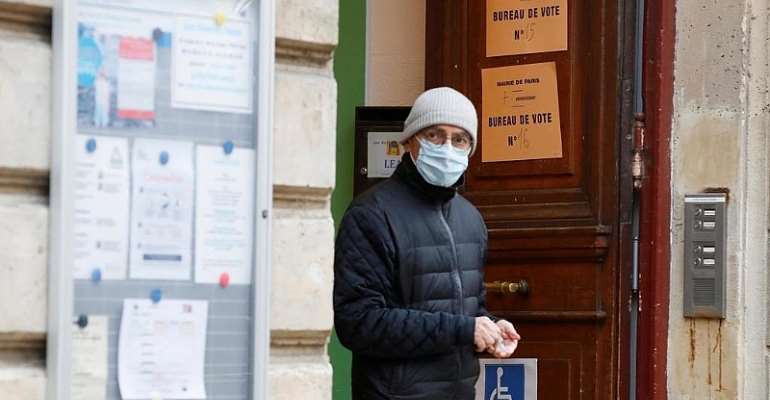 As part of his announcement of a series of restrictive measures on the French population to try to contain the Covid-19 coronavirus in the country, President Emmanuel Macron on Monday night also announced the delay of the second round of local elections, which were to be held on Sunday, 22 March, a week after the first.

Macron said the decision was made after a consultation with health officials and political leaders.

“This decision was welcomed unanimously,” said the president in a televised address in which he also imposed lockdown conditions on the population.

Last week Macron had considered delaying the entire election for France's 35,000 mayors and half a million city council members, but political leaders pushed back.

The president of the opposition right-wing Les Republicains, Christian Jacob, said putting off the elections would be seen as a coup d'etat.

This may have struck a nerve for Macron and his ruling La Republique en Marche party, who have been accused of taking a heavy-handed approach, notably with the pension reform that the government is pushing through parliament without a debate.

So he maintained the first round, with strict sanitary conditions imposed. Now, a week later, after the evolution of the virus has accelerated, and Jacob himself has tested positive, all political parties and candidates agree on the need for a delay.

The head of the Les Republicains partying parliament, Damien Abad, said that the decision “seems fair”.

The secretary general of the EELV Green party, Julien Bayou, who was the first to call for a delay of the second round on Sunday evening, after the results of the first, says the decision “reconciles public health and democracy”.

Local elections are determined based on lists. The list with the most votes gets 50 per cent of seats on the city council, and the other half of the seats are allocated proportionally, amongst all parties that won five per cent or more of the vote.

There is no second round of voting needed if one list wins more than 50 per cent of the vote in the first, which is the case for over 30,000 cities in France, most of them small. The remaining 5,000 need a second round to determine the winners.

The electoral code requires a second round of local elections the Sunday following the first round. Interior minister Christophe Castaner said Monday evening that the government would propose a law to modify the code for this election to delay the second round at least six weeks.

Castaner said the results of the first round would be maintained, which constitutional experts had warned would impose inequality between those newly-elected and those from the previous mandate, waiting the result of a second round.

But the interior minister said “no one would understand” that the results of an election would be put into question, especially given the lengths to which officials went to make sure the first round was held, with strict sanitary measures in place.

Changing the law
Ministers will present a new law to parliament to prolong the mandates of current mayors and city council members, which expire at the end of March.

A scientific committee will be consulted by mid-May to advise on the possibility of holding elections by the middle of June.

In the meantime, metropolitan areas that have city councils made up of representatives from smaller cities will be blended, with some newly-elected members and some from the previous mandate.

The week between first and second rounds of elections are usually times for deal-making between parties to build winning coalitions. For now this is on hold.