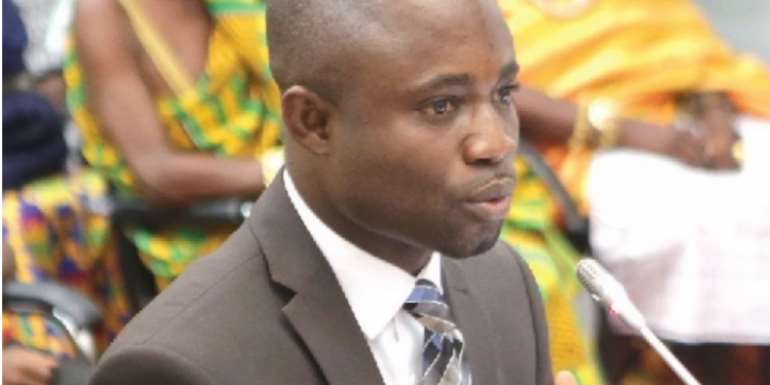 The Ranking Member on Parliament's Health Committee, Kwabena Mintah Akandoh has advocated for the creation of more laboratories and isolation centres across the country to ensure rapid response to suspected cases of COVID-19.

He says it is unimpressive that the country has maintained only two laboratories for case testing given the fast-spreading nature of the virus.

The Juaboso lawmaker in a Citi News interview called on the government to immediately upgrade some facilities across the country to handle the situation.

“At this point in time, the government must involve the private health service providers and also if Ghana has at least 16 isolation centres in the country, one in every region that's not beyond Ghana. They will quickly tell you Ridge hospital, Korle-Bu and a few others in Accra. We need at least one in every region. I am also not impressed with the number of labs we have in the country pre-testing the cases. We have one in Kumasi and one in Noguchi Memorial Institute, I am not impressed. I am also reliably informed that the little effort we put into Navrongo, Tamale hospital or the Korle-Bu hospital will be able to have a laboratory that can test these cases. We don't need to transfer cases all the way to Kumasi or Accra for testing,” he said.

Mr. Akandoh also argued that the State must absorb the full cost of testing of a suspected case to its treatment to encourage more voluntary testing.

“The cost could be a barrier for anybody to go to the hospital to test so if the government has devoted $100 million, it must be announced that anyone who shows that symptoms must go the hospital free of charge. That should have been the first announcement to serve as encouragement for people to go and test so please Mr President, this particular one is important so let the state bare the cost, “he said.

Ghana has so far recorded six cases of Coronavirus in Ghana. Health officials say all the six cases were imported ones.

This amount, according to President Akufo-Addo, “is to fund the expansion of infrastructure, purchase of materials and equipment, and public education.”

Delivering an address to the nation on Wednesday, 11th March, 2020, the President explained that, with the declaration by the World Health Organisation (WHO) of the Coronavirus disease as “a pandemic”, it is important that Ghana steps up her preparedness to ensure that, beyond the initial measures that have been put in place, a 'whole of Ghana' approach is adopted in preparation for a possible hit within the country's borders.

'It's time for action not words' – John Mahama

Former President John Dramani Mahama has called for more action from the government in the wake of the outbreak of coronavirus in the country.

The leader and flagbearer of the opposition National Democratic Congress in a Facebook live address on Monday, March 16, 2020, said the government must hit the ground running to prevent the spread of the virus in the country.

“The virus outbreak is a national issue and we really are all in this together. My party and I will play our role in supporting national efforts to mitigate the threats and to support our people through this crisis. I give my word to the people of Ghana that as the Minority and the voice of the voiceless, we will hold the government to account on these issues while remaining vigilant in ensuring that the public is protected. This is not a time for words. It is time for action.”

How to protect yourself

To prevent the spread, the standard recommendations coming from the WHO is regular hand washing, covering one's mouth and nose when coughing and sneezing, thoroughly cooking meat and eggs.

People are also advised to avoid close contact with anyone showing symptoms of respiratory illness such as coughing and sneezing.