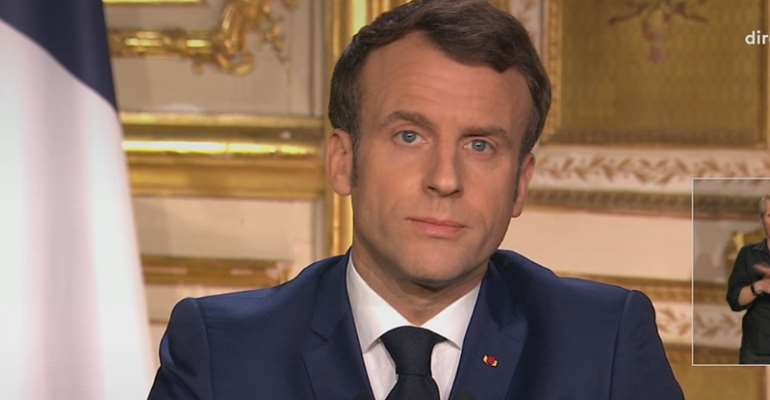 In a televised address, French President Emmanuel Macron announced that he would “suspend all reforms” as France is now “at war” with the coronavirus. Measures aimed at containing the virus will be severely limiting with people obliged to stay at home for a period of at least fifteen days.

Looking earnest, he said that people “had not respected” earlier advice to keep  a 'social distance'. He also ordered the closure of restaurants in order to minimize the risk of contamination. Those that fail to respect the new orders will face heavy penalties.

Macron also said that during a meeting with other EU member states, it was decided to close Europe's borders, temporarily suspending the Schengen agreement.

Suspension of reforms
However, in order of offset the worst economic impact of the closures  he also announced that the government would make €300 billion avialble to businsses so they can reschedule payment of bank loans to companies.

The army will also be called to assist hospital work in the most affected areas.

One announcement  aimed at temporarily easing exisitng social tensions will see  "all reforms" will be suspended.

This includes the controversial reform of the pension system, against which labor unions have been staging weeks of protests and demonstrations earlier this year.

G7
Earlier on, the G7 group of industrialized nations (the US, the UK, Canada, Japan, France, Germany and Italy) had issued a statement outlining measures that promise to:

This, he said, would mean that “a lot of people will get ill,” but “with minor symptoms,” while the government concentrates on “postponing the peak of the infection curve” so as to not over saturate the hospitals.

For Holland, a total lockdown as applied in parts of Italy and China “is not a solution,” he said as it would “last at least one year,” without guarantees of success.

Meanwhile, schools and restaurants (and coffeeshops) remain closed for now, while measures “may be relaxed” after April 6, depending on “how the virus behaves.”