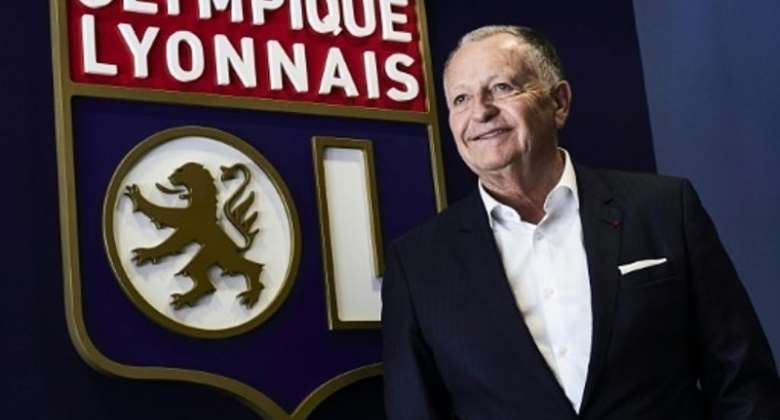 Leading figures from French football have rounded on the Olympique Lyon chief's call to scrub out the 2019/20 season after the spread of the coronavirus shut down Ligue 1. Jean-Michel Aulas said there should be a blank season without a title during an interview with the French newspaper Le Monde.

"The most logical thing would be to say: we'll cancel everything and go back to the situation at the start of the season," Aulas said. He also said the Champions League places should be allocated to the same clubs as last season.

However critics said Aulas's views were self-serving. Lyon are seventh with 40 points after 28 games If his plan were adopted, Lyon would play in the Champions League on the basis of their performances in 2018/19 when they finished in third place.

"Is he being serious?" tweeted one of Marseille's stars, Dimitri Payet, suggesting that Aulas should have his temperature taken.

Challenge
"We know the obsessive will of Jean-Michel Aulas to defend Olympique Lyon by all means. But this time it's a bit too obvious," Eyraud wrote.

"Is it really loving and respecting football when, without the slightest consultation, we suggest ignoring the 28 matches already played?"

"When the fever drops, Jean-Michel Aulas will see the obscenity of his opportunistic proposal," he added.

Lyon were the dominant force in French football for nearly a decade at the turn of the century. They won the Ligue 1 title seven years on the trot between 2002 and 2008.

But since those halcyon days, they have been supplanted by Paris Saint-Germain whose Qatari owners have poured the best part of a billion euros into establishing PSG's ascendancy in France en route to hoisting the Champions League.

Domination
PSG, who have claimed six of the last seven Ligue 1 titles, led the pack by 12 points before the French football federation ordered the suspension of matches as part of its battle against coronavirus.

Nathalie Boy de la Tour, president of the LFP, which includes Ligue 1 and Ligue 2, said she was not happy with Aulas's comments.

"Football is about solidarity between the 40 clubs and all those involved in the game. He is only speaking for himself," she told BeIN Sports.

Apart from Lyon, all the other Ligue 1 clubs have said they want to finish the season.

Change
"We might finish a little later but that's not a problem for me," said Strasbourg coach Thierry Laurey. "If we finish the championship, it will be the same teams, so 'fair play' will be respected.

"If we cancel, how will you do it for Europe (qualification)?"

A relegation-free season would save the bottom two clubs, Amiens in 19th position and Toulouse in 20th. Nimes, who are in 18th, are in the slot to fight for a relegation play-off against a team from Ligue 2.

Despite the prospect of salvation, the Nimes coach Bernard Blaquart rejected Aulas's stance.

"We couldn't be happy with such a decision," Blaquart said. "It's inconceivable even if Nimes, as things stand, would benefit.

"If Uefa decides to postpone Euro 2020 to this autumn or next year, we could finish the championship at the end of June. But the immediate problem is to contain and manage the epidemic."