What mothers told me about Nigeria's free maternal health services

By Anthony Idowu Ajayi - The Conversation 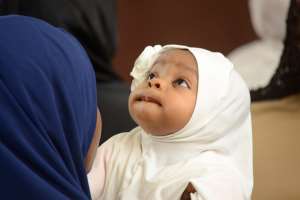 Each day, 159 women die during childbirth and as a result of pregnancy in Nigeria. This translates to one death every nine minutes.

Almost all maternal deaths are preventable with the use of quality obstetrics services. To ensure that most women have access to proper services, Nigeria has, along with many other countries in sub-Saharan Africa, made antenatal, delivery care, and postnatal care, including Caesarean section, free for all pregnant women.

Several studies have documented the effect of the policy on women's ability to access maternal healthcare services. But not much has been done on the experiences of women seeking care in facilities offering free obstetrics services. Are they generally satisfied or dissatisfied with the quality of services rendered?

I addressed this gap by examining the experiences of beneficiaries of free maternal healthcare services in three states – Ondo, Ekiti and Nasarawa. My research set out to assess women's level of satisfaction and reasons for satisfaction or dissatisfaction with care received.

My findings show that most women were very satisfied with the care they received, although some areas of difficulty were also identified. The findings suggest that the government should look at ways of overcoming the shortcomings, particularly in urban centres. Because this has worked well for the most part, the government should also consider extending what free services pregnant women get.

My study combined a population-based survey of 1,227 women within the reproductive age group who gave birth between 2011–2015, 68 in-depth interviews and six focus group discussions in three Nigerian states.

The results showed that the use of maternal healthcare services has significantly improved in all three states since the introduction of user fee removal policy. Ondo State recorded the highest rate of improvement.

But in my study most beneficiaries were satisfied with all the aspects of care. This included the cleanliness of the health facilities and the availability of free medicine and delivery kits.

The most critical reasons given for their satisfaction was the fact that the service was free. And that they had successfully delivered a healthy baby and that they were personally in good health.

In addition, most women described the nurses and doctors' attitudes as good. Likewise, almost all participants – 99% – stated that their privacy had been ensured.

But there were also problems.

A few women in the study said they'd experienced problems. These included:

The experience of one middle-aged participant underscores this point:

I used free maternal healthcare for the birth of my third child and the baby died due to the negligence of the nurses. It is better to pay than experience that again. The things they are supposed to tell you will be hidden from you because they think you cannot pay. The medicine they are supposed to give will not be given because you are not going to pay.

Another sad story involved a mother who had previously given birth to five girls and was desperate for a male child. She visited the clinic for delivery and was told that she should wait that it was not yet time. In her words:

The nurses left me to watch a movie, and I delivered on my own, and the baby fell off and hit his head on the floor and died. It was painful for us as a family given that we were desperate for a male child. I am not sure I can ever forgive the nurses for their negligence.

Some women, mainly living in urban areas, were discontent with prolonged waiting time during antenatal care in facilities offering free maternal health services. They gave two reasons for this – insufficient doctors and overcrowding.

The results of this study suggest a high level of satisfaction among beneficiaries. Nevertheless, there is a need to address areas of dissatisfaction with the quality of care under the free health services policy. Specifically, health workers and mothers' communication needs to improve considerably and the time women have to wait in urban facilities must be addressed.

One possible solution is that more health facilities are established. And the establishment of better accountability systems for erring health workers.

Also, considering the high level of satisfaction among users, efforts should be concentrated on the sustainability of the programme as well as expanding the scope of coverage of free services. This could include providing services to mothers such as ultrasound scans.

Anthony Idowu Ajayi does not work for, consult, own shares in or receive funding from any company or organization that would benefit from this article, and has disclosed no relevant affiliations beyond their academic appointment.

Article
Powered By Modern Ghana
Economic relief through social safety nets during the COVID-19 crisis: the case of Ghana
China: The Global Superpower
Education is both the victim and the best weapon in Central Sahel conflict
The benefits of integrating the diagnosis of depression and diabetes treatment
Nigeria needs innovation and science investment to help control COVID-19
Drug-resistant gonorrhoea is a growing threat: a South African case study
How to get Malawian men more involved in antenatal care - and why it matters
2020 Polls: What If The Church Firmly Called For The Implementation Of The Constitution Review Commission’s Report? Lessons From The #Endsars Struggle In Nigeria
Insights from Morocco into how smartphones support migration
COVID-19 Updates Live Dashboard
TOP STORIES