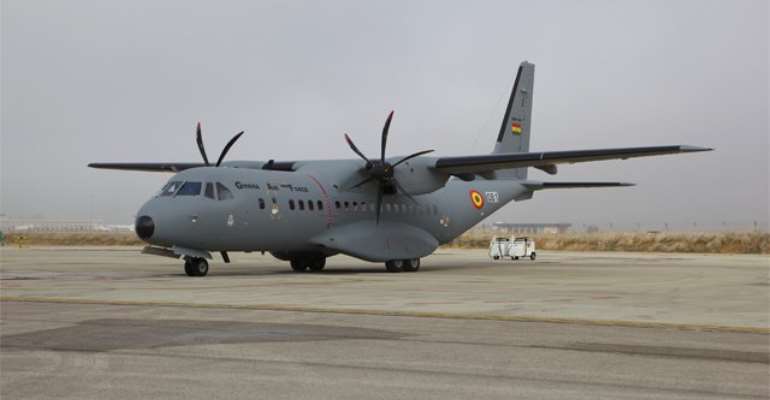 You may believe it or not, the Airbus bribery scandal involving some government officials in a few countries, including Ghanaian officials, remains the most single shameful and disgusting scandal of international proportion in the history of Ghanaian politics.

As a matter of fact, in any equitable jurisdiction, the suspects of the revoltingly ugly Airbus bribery scandal would have faced the full force of the law without fear or favour.

It is, therefore, quite ironic that while the erudite English law luminaries are saying that the Airbus deliberately paid bribes to some selected countries including Ghana with the view to obtaining contracts, the Ghanaian counterparts, many of whom are the indigenes of Akan, Ewe, Dagomba, Dagarti, Frafra, Kusase, Gonja, Mamprusi, Sisala, Mossi, etc. are vehemently contending that the said payment should rather be called commission and not bribe. How strange?

Another area of interest, however, is the seeming baseless debate surrounding the identity of the elected government official one, who has been cited in the report.

Whilst the critics are arguing somewhat vigorously that the said official is a prominent member of the opposition NDC, the diehard supporters of the main suspect are incredibly denying such allegation.

Interestingly though, the governance experts maintain that only three people can possibly fit into the description of the said government official one, who has been mentioned in the Airbus bribery scandal.

According to the experts, the first suspect should be the first gentleman of the land.

So, based on the experts apt description, the first gentleman during the period 2009 to 2012 should have been the late President Mills.

However, according to the report, the said elected government official one was still in power in 2015, while President Mills had sadly departed from the earth.

So, the late Mills could not have been the government official one, as a matter of fact.

The next possible suspect, according to the experts, is the vice president of the land. Apparently, the former president and the 2020 NDC flagbearer, John Dramani Mahama fits that description.

The governance experts stress further that the other person who could fit into the description of the government official one, mentioned in the Airbus corruption scandal is the Chief of Defence Staff (CDS).

In synopsising, therefore, it should not take superior powers of the mind or a professorial in rocket science to arrive at the identity of the said government official one, mentioned in the Airbus corruption scandal.

What, appears much more bizarre though, is that the offending organisation, the Airbus, has somehow admitted under oath paying huge bribes to the representatives of the countries involved, and has consequently been fined a humongous penalty in excess of £3 billion.

Interestingly, however, the main culprit, who also happens to be the top government official one, cited in the report, is a prominent member of the opposition NDC. So, the political gimmicks and the seeming denials by the vociferous NDC faithful is nothing out of the ordinary, so to speak.

In fact, the NDC loyalists argument that the Airbus payment was a commission and not bribe is out of order, so to speak.

If, indeed, the payment to the Ghanaian representatives was a mere commission, how then would the Airbus agree to pay a staggering penalty in excess of £3 billion?

The opposition NDC vociferous communicators should stop throwing dust into our eyes: the Airbus indeed paid massive bribes to the selected countries including Ghana in order to gain trading advantage over its competitors.

As it stands, the top government official one has an opportunity to answer the bribery and corruption charges being levelled against him/her by the United Kingdom Serious Fraud Office.

Regrettably, it would appear that in Ghana, the justice system more often than not, descends heavily on the goat, cassava and plantain thieves, and let go the remorseless criminals who hide behind the narrow political colorations.

We have, therefore, been hoping somewhat fervently that with the arrival of the Office of the Special Prosecutor, the justice system is going to descend heavily not only on the goat, cassava and plantain thieves, but as well as the hardened criminals who hide behind the narrow political colorations.

Let us, therefore, hope and pray that the Special Prosecutor will manage to nab the shameless racketeers in the Airbus corruption scandal.

Indeed, we are most grateful to President Akufo-Addo for promptly tasking the investigators to probe into the Airbus corruption scandal.

In any case, we are extremely optimistic that the Special Prosecutor will diligently probe into the shameful Airbus corruption scandal and bring the culprits into book as soon as possible.

Let us urge the Special Prosecutor, as a matter of necessity, to roundup and if possible end the political career of the alleged top elected government official one who has been cited in the shameful Airbus corruption scandal.

Truth be told, the traditional exemption of heads of state from prosecution despite the evidence of a case to answer is wrong.

Dearest reader, if the bribery and corruption; dubious judgment debt payments; stashing of national funds by some greedy opportunists and misappropriation of resources and crude embezzlement by some politicians do not warrant criminal charges, then where are we heading as a nation?

The all-important question every discerning Ghanaian should be asking is: will the day come when “Ghana’s political criminals” find they have nowhere to hide?

How serious are we as a nation when we can only descend heavily on the goat, cassava and plantain thieves, and let go the unrepentant criminals who persistently dip their hands into the national coffers?

How is bribe treated under the law?

In fact, different countries have different responses to the preceding question, by definition as well as interpretation. In some jurisdictions, for instance, the courts may consider an oral offer of a bribe, not as attempted bribery, unless the briber takes further steps. An OECD report, however, suggests that broad definitions of corruption may be one reason why prosecutions are so low.

Apparently, the OECD, the Council of Europe and the UN conventions do not explicitly define “corruption””, but have establish a range of corrupt offences.

For example, the OECD Convention establishes the offence of bribery of foreign public officials, while the Council of Europe adds trading influence and bribing of domestic public officials as well.

Besides, the UN Convention covers embezzlement, misappropriation of property and obstruction of justice.

In fact, one mostly-cited mystery is distinguishing illegal trading in influence from legal lobbying.

On the other hand, the UN Convention only covers peddlers who “abuse” their influence. While the OECD glossary notes that international definitions of corruption for policy purposes are common, and cites “abuse of public or private office for personal gain” as a useful example for policy development” (OECD 2007).

In terms of meanings, favouritism, nepotism and cronyism all involve abuses of discretion. Even though some countries do not criminalise the conduct, (Article 7 of the UN Convention against Corruption covers merit selection without even mentioning nepotism).

Suffice it to stress that those violations usually involve not a direct personal benefit to an official but promote the interests of those related to the official, whether through family, political party, tribe, or religious group.

In fact, a fantastically corrupt official who hires a relative (nepotism) or a friend (cronyism), does so, in exchange, not often of a bribe but of the less tangible benefit of advancing the interests of others connected to the official.

The unlawful favouring of - or discrimination against - individuals can be based on a wide range of group characteristics: tribe, religion, geographical factors, political or as well as personal or organizational relationships, such as friendship or shared membership of clubs or associations.

In ending, , we hope and pray that the Office of the Prosecutor will endeavour to investigate, fish out and prosecute the impenitent conspiratorial plotters ing the Airbus corruption scandal.