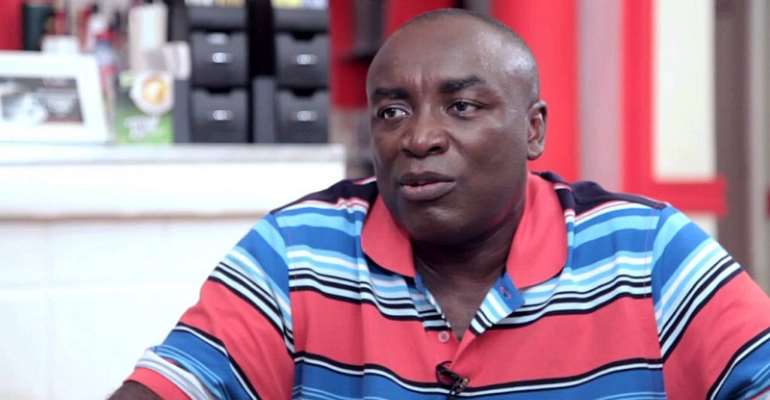 A former General Secretary of the governing New Patriotic Party (NPP), Mr. Kwabena Agyei Agyapong has said his love for the party will never go away despite suggestions that the former Chief Scribe of the party may no longer harbor such ill feelings for the party after being removed from his position some years ago.

According to him, serving the nation remains a priority and nothing can change, hence, his disagreements with some persons in the NPP will still not be enough to prevent him from serving the party and Ghana as a whole.

The National Executive Committee (NEC) of the NPP on December 10, 2015, suspended Kwabena Agyapong and the former Second Vice Chairman, Sammy Crabbe, indefinitely upon a decision for publicly rebelling against the party’s decision to indefinitely suspend the then National Chairman of the NPP, Paul Afoko.

Kwabena Agyapong has since been silent on issues relating to politics in the country.

The Engineer has subsequently returned to his full time profession and now holds the office of the Executive Director of the Ghana Institution Of Engineers (Ghie ).

Speaking on Joy News’ PM Express on Tuesday, the former General Secretary said he misses serving his party and Ghana.

He added that he once he comes back into politics, he is positive of helping to improve the ‘fallen standards’ of politics in the country currently.

“I still love my party, I contributed a lot in 2016, a lot of people do not know. You can ask the many constituencies that I helped, that I mobilized resources and supported. I pay my dues every four years. I paid up to next four years and last year I paid at my hometown

“I think there’s a higher calling of serving my country, and I do believe sooner rather than later I will be back in there. I’m hoping to come back into full-time politics, I’m too young to leave it and I think I should always serve my country. Sometimes you can take a sabbatical but I haven’t retired from politics,” he stated.

According to Mr Agyapong, he is no longer suspended as a General Secretary of the Party since every suspension becomes invalid once his tenure of office ended on April 18, 2018.

“I have never been removed from the NPP. People tend to get confused, I was suspended as general secretary of the party, that tenure is over so the suspension is gone, when your tenure is over, suspension for what?

“I think it’s quite clear when you’re suspended from a position, footballers tend to get 5 or 6 games and so when the mandate expired on April 18, 2018, I remember because it is an important part of my life and I love my party and it’s part of my public record and I worked hard to become general secretary and I still stand by what I did,” he affirmed.