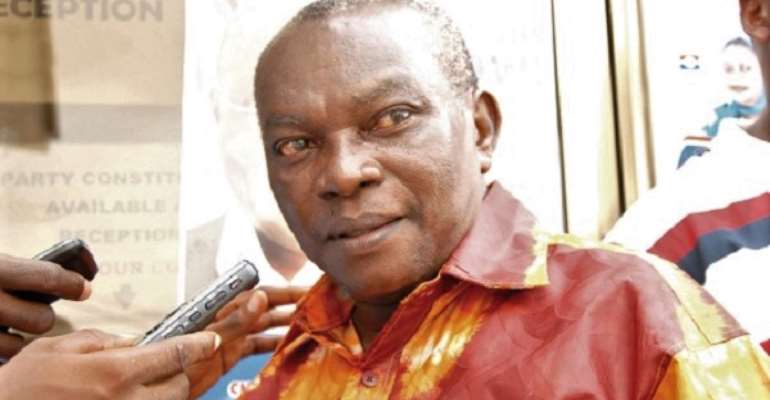 Two parliamentary aspirants of the New Patriotic Party (NPP) in the Western North Region will go unopposed during the primaries on April 25.

They are the incumbent Member of Parliament (MP) for Akontombra, Mr Alex Tetteh and the Minister of State in charge of State Interest and Governance Authority (SIGA) at the Presidency, Dr Kwaku Afriyie, who will be vying for the Sefwi Wiawso seat.

The incumbent MP for Bibiani Anwiaso Bekwai, Mr Kingsley Aboagye Gyedu, who is also the Minister for Western North, would vie with a former Chief Executive Officer of the Bulk Oil Storage and Transportation Company Limited (BOST) Mr Alfred Obeng Boateng and Mr Christopher Addae, for the seat.

A statement signed by the Chairman of the Vetting Committee for Western North, Mr F. F. Antoh said there were seven parliamentary aspirants for the Western North Region comprising one female and six males.

Central Region
In a related development, Gilbert Mawuli Agbey reports from Agona Swedru that seven aspirants were disqualified by the vetting committee in the Central Region.

A release signed by the Regional Secretary of the party, Mr Richard Takyi-Mensah spelt out that the National Parliamentary Vetting Committee had recommended the names of 42 aspirants to the National Executive Committee for consideration.