MUST READ: Check What This US Coronavirus Survivor Learned When She Was Sick 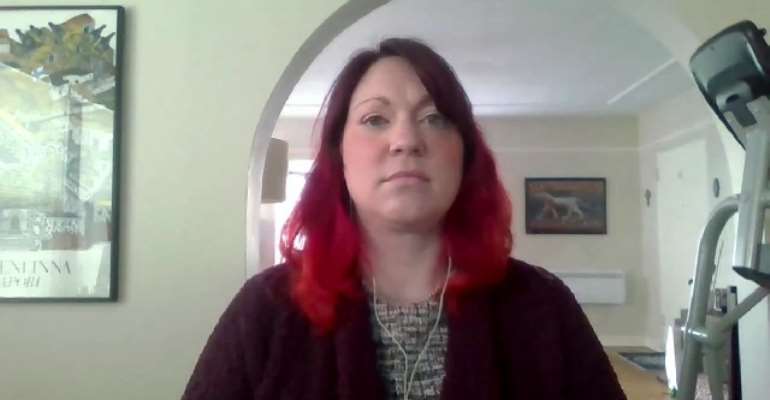 A Seattle woman who says she had the coronavirus and is recovering has one "big takeaway" to share: Don't panic.

Elizabeth Schneider, 37, believes she contracted the virus at a house party because a few days later, several friends who were at the party became ill at the same time she did.

Three days after the February 22 party, Schneider says, she was at work when she started feeling unwell.

She was "feeling tired, body aches, getting a headache, feeling a little bit feverish," so she decided to go home, Schneider told CNN's Erin Burnett.

Schneider said she thought she had a nasty flu. It didn't occur to her that it could be the coronavirus because the symptoms didn't fit -- she didn't have a cough, no shortness of breath, no respiratory symptoms at all.

The "aha" moment didn't come until she found out that about a dozen friends who'd been to the same party got sick "at the exact same day, roughly around the same time in the evening, with very similar symptoms."

The Seattle area is the epicentre of the coronavirus outbreak in the US. Of the 1,635 cases reported in the country since the Covid-19 first appeared in January, 457 of them are in Washington, including 41 deaths.

Still, Schneider and her friends weren't tested for the coronavirus, she said. Their doctors thought they had the flu, but the flu tests were negative.

"At this point, we were all getting a little frustrated that they weren't allowed to be tested for coronavirus, or the doctor wasn't even suggesting" they be tested for it, Schneider said.

So, one of her friends told her about a Seattle flu study. Participants sign up online and send in a nasal swab from a kit that's part of the study. Recently, she said, they started testing for coronavirus, too, and "that's how I ultimately found out."

"I think the big takeaway I want to tell everyone is: Please don't panic," Schneider said. "If you are healthy, if you are younger, if you take good care of yourself when you're sick, you will recover, I believe. And I'm living proof of that."

Schneider, though, had age and otherwise good health on her side. For the elderly or people with underlying health conditions, such as heart disease or diabetes, Covid-19 can be -- and has been -- deadly, health officials say.

"The grim reality is that, for the elderly, Covid-19 is almost a perfect killing machine," American Health Care Association President Mark Parkinson told CNN this week.

Some states are restricting visits to nursing homes and assisted living facilities in an effort to stem the spread of the disease to that vulnerable population. Nursing homes in Washington state, for example, have been instructed to limit visitors as coronavirus cases spread across 11 facilities in the state.