Glow Of Liberalism Freedom Democracy Hypocrisy Got Us Hooked 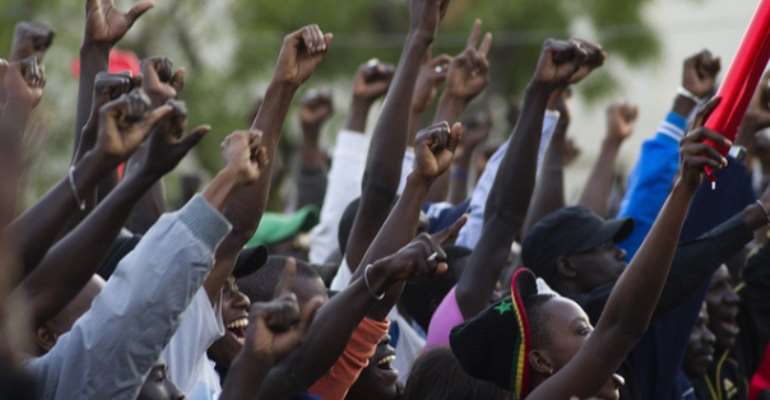 We cannot doubt people of goodwill. If you ask an average African what is the definition of Civilization, he would tell you they belong to the exclusivity of liberal folks, that insist on freedom and democracy in the Western world of “civilized climes”. The hypocrisy has been exposed as the preachers of idealism and democracy lose to conservatives who would tweak democracy and do anything to remain in or grab power as in theocracy.

Immigrants there got hooked on idealism since Hypocrites were preaching due process, the rule of law and order in Africa. The brutalities they display against their minorities, the weak and the poor with Emergency Power is no different from those used during the Slave Trade to “restore” their version of Peace and Sanity to the World. If they use privilege of power as a deadly force to quell protests against injustice at home, who are immigrants?

Democracy was convenient when they were in absolute majority. However, the equation changed as the number of minorities are becoming a threat to the power of the majority. The most motivating factor driving Western liberals in the world to join conservatives is Immigration. So, right wing parties that are supposed to be smaller in number are being elected in Europe and America with the coalition of other parties to form a government.

Charity begins at home. Democracy was a charade to placate us but never intended to apply to those intolerant “civilizations” in the Western world. It worked fine as long as the majority is unthreatened in self-created nations. Democracy, freedom and liberalism that were used to conquer and fool Africans and Asians were not the product of popular votes to elect their Leader. They ensured that as a choice of Party and Electoral votes?

On the other hand, immigrants from Africa, South America and Asia were flooding the Western borders looking for the promised Freedom and Rule of Law preached in their countries. Since Westerners had explored, baptized and forced Protectorate on them in order to steal their natural and human resources that fueled Western economies.

When Slave Trade and riots became threats, they institutionalized color bar to divide the poor whites from native Indians, Asians and African free men in Europe and America to suppress their revolts. It was a master stroke because it’s been working ever since.

Note that every continent traded one another within as slaves and serfs. The southern Europeans were colonized by Africans and it took a combination of Arabs to overcome the African sharpshooters in Basra, Iraq. But those are ancient history today. Nobody forced the Queen of Sheba or Mansa Kankan Musa to launder African gold beyond the Continent as a measure of goodwill while beneficiaries saw a good opportunity to trace, strike and seize fortune from the source. Our politicians have followed Mansa Musa.

The big difference started in1619 Virginia, United States. By 1676, Nathaniel Bacon was able to recruit the serfs and African free men to suppress American Indians riot. Though opposed by Gov. William Beckley, both saw the opportunity to divide and rule people that united against exploitation of the poor. There was no white, black or yellow. Never saw themselves along skin color or differences as they mixed freely with one another .

"Early colonial Virginia was very much a 'melting pot' of peoples, and before slavery hardened as a racial caste, white and black working-class people often lived and worked in close quarters and formed relationships and marriages. Some of these early multiracial families were ancestors of the later Melungeon.”

The laws changed the world into colors and gave the poor whose skin color was closer to the oppressors some privileges over the rest of their fellow poor and oppressed. It has been working since then to preserve the privilege of the rich. The color lines spread around the world and everyone trample on the rights of the other to climb the color line.

In Africa and Asia, they used what Nkrumah called Neo-colonization which is basically the same as Colonization but without Responsibility. Just as they divided poor whites and minorities in Europe and America, they divided Africans within. The Africans whose mentality and tastes were conditioned to Christianity, just as to Islam, were the civilized ones. The rest of other Africans were the non-believers that were good as dead.

If you do not love yourself, who will love you? Africans complain that Whites and Asians discriminate against them to preserve their privilege in their native countries but Africans hate Africans more in Africans countries. They even allow the same Whites and Asians to discriminate against them at home: beg for Visas and Foreign Investments as African politicians and businessmen launder out two or three times more. It is called Self-hate!

Africans must stop to being (copy-copy, follow-follow and) a shame to those that share our heritage in Diaspora. It is preposterous for Africans in Diaspora to blame the Blacks they met there as victims for their own predicament after your chiefs that sold them out, were also sold and you are absconding and selling yourselves out of where you could have built a better place for world Blacks to be proud of.

Those of us famous for beating our chests as conspicuous spenders and consumers of vanities but with no substantive production exports or accomplishments at home, must stop consoling ourselves with our under-employed and wasted talents abroad. We collect statistics of those working “jejely” in hostile environments as the most educated and appreciated. You only expose them to more discrimination by dividing Diaspora Blacks into tribes. Don’t you know they are dwarfed by Asians doing better?