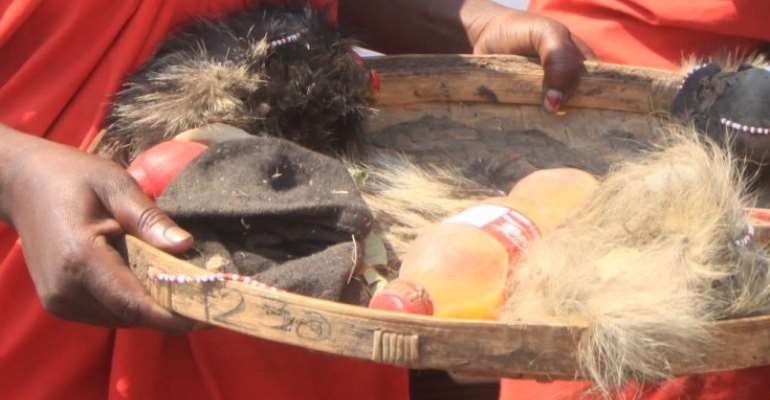 The existence of witches is a socio-cultural given, an idea that has been taken for granted across societies and communities in Nigeria. Any attempt to question the existence of witches is largely seen as a foolhardy exercise that barely yields any ‘useful’ result or alters the reality of witchcraft in the minds of believing folks. And that is where the problem lies. Witchcraft is a taboo topic, often placed off the list of issues for discussion. This habit of culturally shielding the existence of witches from critical examination and inquiry has predisposed the Nigerian society to so many ills and troubles including exploitation, extortion, and abuse by witch hunters.

This piece is an attempt to break that cultural taboo and broach a forbidden and feared topic. It unpacks the assumed reality of witchcraft and throws open the question and debate on the existence/nonexistence of witches.

Without mincing words, I state clearly that witches, as believed in the Nigerian society, do not exist. Witches are not capable of being as supposed, and as postulated. What do I mean? To answer the question, let us clarify the meaning of the term, exist.

From the French word exister and the Latin word, existence, to exist means to stand out. Thus, to exist, a being must stand out on its own; it must stand out from others. Its standing or being does not depend on a particular person’s belief or disbelief, acceptance or rejection, approval or disapproval. A being that exists stands without and not within a subject. A being that exists is there for anyone to encounter and experience. Existence is not predicated on a subjective condition or circumstance. Existence is intersubjective, trans-subjective and objective. Existence is intramental, which is dependent on the processes of the mind and extramental, which is independent of the mental processes. Even though intramentality and extramentality of beings are debatable propositions, suffice it to say that to exist a being is not only intramental but draws its intramentality from its extramentality.

Now the problem with the existence of witches as understood in the Nigerian society is ontological. It is unclear what kind of being a witch is. Or better it is difficult to ascertain which category of being witches belong. Are witches human natural beings? Or are they spiritual supernatural entities? To witch believers, witches are both human and superhuman, natural and supernatural, embodied and disembodied entities. But are beings witch such markers possible, tenable and existable? No, not at all. A being cannot be material and immaterial at the same time. Natural and supernatural essences cannot coexist in an entity except as an exercise in fantasy, absurdity, and self-contradiction.

A critical look at supposed witches’ operations and activities reveals some of these absurdities and stark contradictions. For instance, believers claim witches fly out at night to destroy other humans and their estates. In some cultures, believers say that they use witch-planes or winnowing baskets to fly around. These are devices that cannot even float on the air.

Witches perform spiritual and mystical flights to their covens or to places where they carry out occult activities including causing accidents, diseases, miscarriage, infertility, and death. Believers claim that witches are capable of physically lying or sleeping on their beds in particular locations and at the same time spiritually moving around in the communities and beyond sucking blood, and destroying other people’s health, lives, marriages and businesses. Believers say that those Nigerian/African witches are capable of traveling as far as Europe and America to perpetuate magical harm

I mean, this is utter nonsense. Witchcraft claims do not make any scientific and commonsensical sense. In fact, persons who make such claims need to be taken to a hospital for some mental health assessment. First of all, no human being has the power to bilocate or to be in two places at the same time. As cost-saving and energy-efficient as this could be especially for children, elderly people and persons who are living with disabilities, humans have no such capabilities. For a witch to be sleeping or lying physically in one location and destroying lives and property in another location, the witch must be capable of bilocation. Incidentally, there has not been any confirmed instance of bilocation of any witch or any of the godmen and women who claim to have supernatural powers.

Again, many hinge their belief in the existence of witches on the notion that witches turn into birds, cats, and dogs to perform their occult activities. They attribute turning into animals or insects as a demonstration of a supernatural feat. There have been instances where a witch allegedly turned into a bird or a bird supposedly turned into an elderly woman in Lagos. People instantly kill suspected birds or cats to neutralize the supposed occult powers of the witches. There is no evidence that humans can turn into cats and dogs as witch believers claim. There ha not been a confirmed instance where a person is founded to be differently embodied at a particular time. Such claims are baseless superstitions and fabrications. I mean what occult sense or potency lies in turning oneself into an animal or an insect that could be killed, to harm another when the witch supposedly has the power to carry out such activities without assuming any material or animal form? How does one distinguish natural from supernatural witch-animals? At best, witch-animals are fantasies, imaginary entities that are not rooted in biological science or reality.

Furthermore, a claim that believers use to justify the existence of witches is that witches provide explanations for tragic experiences such as sudden death, accidents, terminal or incurable ailments, and bad luck. These tragic happenings are believed to be the handiwork, the craft, of witches. Thus for believers, witches exist because they are responsible for mysterious harms in society. Witches are evil causing agents. But does the existence of witches provide a plausible explanation for unfortunate experiences? Do witches cause misfortunes as many believe? I don’t think so. Just take a look at this particular case. While researching for my doctoral thesis, a prominent female politician in Ghana told me that the daughter who was living in the US branded her a witch. The daughter was married for a long time and could not conceive. She went to a church where a pastor claimed that the mother was responsible for her inability to conceive. The daughter confronted her with the allegation. However, shortly after the incident, the daughter took in and later gave birth to a child. According to the woman, the accusation disappeared. She ceased being a witch. So, witches do not have real existence as believers claim. Witches are human creations and provide answers where human being lack evidence based information or causal explanations, or where such answers or explanations are deemed unsatisfactory. Witches do not stand out as beings with distinct qualities and causal potentialities. They are not capable of the powers that are ascribed to them including powers to inflict harm on other humans and their estate.

Yes, witches are impossible and inexistable being
Leo Igwe holds a doctoral degree in religious studies from the University of Bayreuth in Germany and is the CEO of the Advocacy for Alleged Witches.